If you’ve ever wanted to just launch an asteroid at your neighbors when they’ve annoyed you, now you can! Futurism reports the debut of Asteroid Launcher, a website that simulates some of the effects of various types of asteroids slamming into today’s Earth. All users have to do is set the material, size, speed, impact angle, select a location, and launch.

The Asteroid Launcher website then reveals the carnage along an array of parameters. Users can see the damage radius caused by fire, sonic boom, wind, and earthquake effects in a series of interactive graphics that complement a panel that explains the details. Learn how many might die, lose their homes, or suffer burns, hearing loss, or wind damage in a series of categories that calculates these effects based on the current population of each location.

This fun and mayhem was designed by Neal Agarwal, whose anthology of coding projects is full of data-driven and dark humor. The Asteroid Launcher is the latest addition to his website and provides an amazingly detailed look at what could happen in a number of scenarios where the planet is hit by rogue debris from space. The demo video featured in his tweet examines the impact of a small asteroid on Philadelphia, and, it turns out, much of the surrounding area.

More than simply an amusing way to destroy cities in a digital format, the Asteroid Launcher website is a handy tool to estimate the value of NASA in its defense of the planet from impacts. When one can see how a large asteroid slamming into a dense urban area can cause widespread death and damage, it helps to know that technology has been enabled to mitigate this potential threat. The right asteroid made of the right materials could do damage to most of the United States in one strike.

However, the reverse is also true. Tiny asteroids pummel the Earth every day and are barely noticed most of the time. These asteroids are also accounted for in the website’s analysis, which shows that it takes a very large, dense asteroid to do catastrophic damage to the planet and its populations.

While it may not be comforting to know that asteroids are falling onto the planet at almost every moment, it is rare that these smaller pieces do much damage. Reports of small meteors destroying car engines or penetrating the roofs of homes occasionally turn up in the news, but most of the time, smaller, lighter asteroids do not make it through the atmosphere. As much as it may be disconcerting to know that these asteroids exist, the website’s analysis panel does a lot to help people understand how common they are and how little damage they do.

A great learning tool, a predictor of disaster, and a morbidly fun game all in one, the Asteroid Launcher website shows users how fragile our civilization really is, but also how often the planet has to withstand space dust being thrown at it. While it’s unlikely that a human extinction event will be caused by an asteroid strike within our lifetime, Asteroid Launcher gives us a peek into what might happen just from a direct hit. This is much better than seeing one play out live. 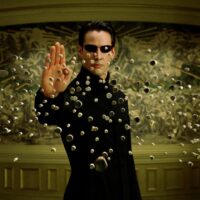