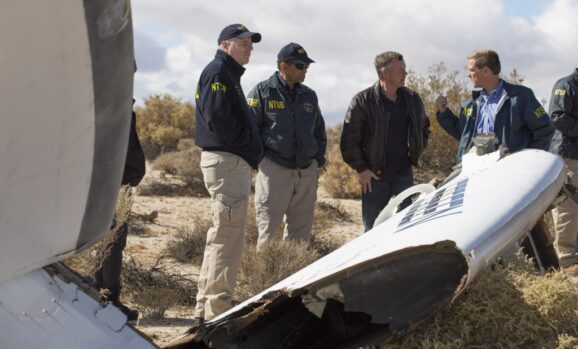 Last week, Virgin Galactic’s SpaceShipTwo exploded during a test flight, killing one pilot and injuring the other. While the investigation continues, and is likely to go on for quite some time, we do know more about what happened to SpaceShipTwo—namely, that the explosion appears to have been caused by pilot error. But in the wake of that revelation, new questions arise—ones that may not be easy to answer.

Investigators know that the premature unlocking of SpaceShipTwo’s feathering system—a braking system used to help the plane decelerate and descend—caused the explosion that resulted in the death of pilot Michael Alsbury. The deployment of that system caused the craft’s tail booms to move upward and forward to increase drag. It was supposed to be deployed when the craft reached a speed of 1.4 Mach, but instead was deployed when the space plane hit 1 Mach and was still accelerating.

The National Transportation Safety Board (NTSB), which has investigated on-scene and reviewed telemetry and video data from the spacecraft, concluded that Alsbury prematurely unlocked the system, but didn’t initiate the second phase, which involves moving the wings. That stage seems to have happened “without being commanded,” and two seconds later the plane broke apart. Thus, the NTSB says that the early deployment of the feathering system is “a statement of fact and not a statement of cause,” meaning that they know what cause the plane’s disintegration, but they still don’t know why exactly it happened. Namely, why did Alsbury pull the trigger too soon? 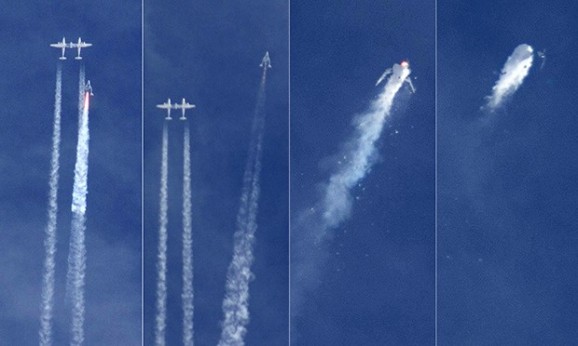 A few causes can be ruled out—the investigation indicates that the fuel tanks and engine seemed functional and intact, which means the new fuel used by SpaceShipTwo doesn’t seem to be the culprit—but the NTSB is still “looking at a number of possibilities” and most likely has “months and months of investigation to do.” That investigation will involve reviewing SpaceShipTwo’s design, as well as launch and flight procedures, and it will also involve an examination of Virgin Galactic’s training issues and safety culture, including potential pressure to adhering to testing timelines.

It’s possible that surviving pilot Peter Siebold, who ejected and parachuted to the ground and is now in stable condition, can shed some light on what happened, such as whether the cockpit display communicated accurate information to the pilots. Still, it’s possible that we may never know exactly why the feathering system deployed too soon.

Richard Branson has stated that Virgin Galactic will build another SpaceShipTwo and resume test flights within the next six months, and has assured prospective space tourists that the company “will not start taking people until we’ve finished a whole massive series of test flights and until myself and my family have gone up, and until we feel that we can safely say to people ‘we’re ready to go’.” Still, at least 24 customers that had already plunked down their deposits to go into space with the company have requested and received refunds.

Alsbury’s death isn’t the first one in the testing of SpaceShipTwo—in 2007, three ground technicians died and three more were injured when a nitrous oxide tank exploded. The family of one of the technicians has stated that Branson should have stopped working on the ship back then, and has said again that the space venture should be scrapped before more people die.