See A Venus Flytrap Controlled By A Computer Brain Chip

In yet another edition of “mad science is real,” a team of Swedish researchers have developed the ability to control the motions of a Venus flytrap plant via a computer chip mimicking the function of a human brain. Specifically, the motion controlled was the instinctively terrifying shutting jaw of the most notorious of carnivorous plants. And more specifically, the chip in question is not a traditional silicon and metal computer chip like the one in the device you are reading this one, but actually an artificial organic neuron that simulates the processing power of a human brain cell, like the ones in you. You can actually watch a helpful breakdown of how the activated neuron causes the corresponding spiny-biting of the plan in question in a helpful video here:

While someone presumably asked these Swedish scientists to figure out how to get a head start on a real life The Day of the Triffids, there are apparently real life applications to figuring out how to turn a venus flytrap into a remote controlled biting machine. For one thing, as the researchers put it, this is an enormous step into figuring out how to create intelligent soft robotics (ie, robots that aren’t enormously dangerous metal contraptions and/or actually made out of organic materials). For another, traditional computers are enormously wasteful in terms of their energy consumption, particularly when compared to their ability to make computational decisions in contrast to that of their equivalents in human brains. So while it may seem like these scientists are kind of messing around and just freaking everyone out, this could actually be a big leap forward in terms of how to integrate computer technology into biological structures. As for why they needed to do this with the most frightening of flesh-devouring plants as opposed to say, one of those flowers that open and close their buds with the sunlight is anyone’s guess.

It can often be difficult to differentiate forward progress from watching a venus flytrap open and close its maw like a Sarlaac in time to a brainwave, we will have to trust that the Swedish research team knows what they are doing. Simone Fabiano, the senior author of the study behind this neuron-controlled carnivorous plant and an associate professor at Linköping University, describes what they have done as a small step towards mimicking the full efficiency of the human brain. Furthermore, when you watch the simple action of the venus flytrap opening and shutting in time to that little curving line, you may be watching an enormous development towards eventual artificial intelligence. Pretty cool, right?

Given that many other scientists in the world seem consumed with the idea of building a better dog (with “better” being defined as metal, intimidating and armed with a sniper rifle) or figuring out how to make a robot for areas that are difficult for a human to move through (while coincidentally being perfect for drone military missions), this actually seems like it could have some good to it. On the other hand, there’s always this. 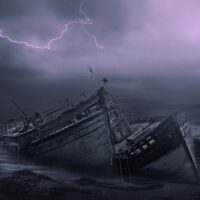 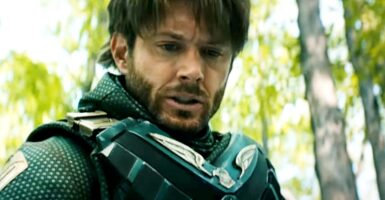 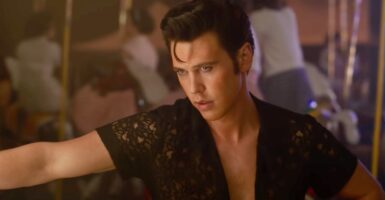