The National Park Service is warning visitors to refrain from licking the Sonoran Desert Toad found in the American southwest.

If anyone’s been making any vacation plans to lick toads, the National Park Service (NPS) wants you to know that just isn’t a good idea. CNN and others report that in a Facebook post from Halloween night, the NPS warned Americans that in spite of any psychedelic properties they’re hoping for, licking the Sonoran desert toad–aka the Colorado river toad–is something they need to avoid. You can see the post below, which includes the warning that is sure to be ignored by Mike Judge‘s Beavis & Butthead, who pursued a toad for licking in one of their earliest appearances.

If you’re lucky enough to be ignorant of why someone looking for a psychedelic experience would even consider licking a toad: it comes from stories of people getting high by licking the backs of certain toads. According to CNN, this is certainly not the case when it comes to the Sonoran desert toad. However, the toad does secrete a toxin that can cause “euphoria and strong auditory hallucinations,” but only if smoked.

If licked, on the other hand, CNN says the toxin will only deliver a psychedelic high if you consider winding up in the emergency room for ingesting toad poison “psychedelic.” The Sonoran desert toad has prominent parotid glands behind its eyes which secretes a toxin, but it isn’t there to get bored hikers high. The toxin is part of the toad’s defense mechanism and activates if the animal feels threatened.

If ingested through the mouth or even the skin, the toxin is strong enough to potentially kill a fully grown dog, and will certainly not make any curious humans feel like they’re at Woodstock (unless they, in fact, have actually transported one of the things to Woodstock). While a psychedelic high can be achieved from smoking the substance, called bufotenin, possessing it is illegal in California.

By the early nineties, looking for psychedelic highs through tonguing toads became something of an epidemic in the Australian outback, according the Los Angeles Times, prompting the country to make it illegal. The paper said 4 Australians died in 1989 from licking Cane toads, which secrete the same substance as the Sonoran desert toad. A number of dogs died from ingesting the toads in American southwest, and the paper reported that the DEA was having bufotenin pop up in drug arrests.

The LA Times also said that bufotenin’s uses as both a psychedelic vehicle and as a poison are nothing new to people who had been harvesting the toad slime for years. The paper said indigenous tribes of South America had been using the toxin in sacred ceremonies as well as on the tips of darts to help take prey animals. 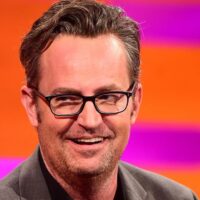 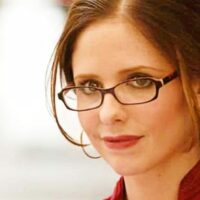 See Sarah Michelle Gellar In A Bra And White Shirt