Additional UFO footage has been confirmed by the United States Navy, on top of the thousands of recently declassified documents.

There’s always been the question of whether there is life in space. The US Navy may have added to the speculation with new footage of what appears to be an unidentified aerial phenomenon (UAP) in the air. A Navy spokesperson has stated that the UFO footage would not be released to the public due to it “harming national security.”

This comes after the response to a Freedom of Information Act (FOIA) request was filed. According to Science Alert, the request came specifically from a site called The Black Vault, which has previously shared thousands of UFO-related documents via requests of government agencies. The Black Vault has requested the Navy to turn in evidence of the UAP. However, even the discussion about UFO footage being held creates a lot of smoke.

UFO footage undoubtedly will freak the public out. Perhaps this is why The Black Vault is requesting any video of documents related to the UAP. Two years ago, the government responded with a letter confirming the existence of more UAP footage and documents.

The deputy director of the Navy’s FOIA office, Gregory Carson, wrote in response to the possibility of more UFO footage that “portions of the videos can’t be segregated for release.” It brings to question whether large chunks of the footage have already been edited. Carson also claimed that the Navy could declassify the leaked UAP footage online in April 2020.

Since the footage was already discussed in the public domain during that time, it could no longer be considered classified information “deemed harmful to national security.” The government perhaps wants to keep hold onto whatever this new footage may be. However, in the age of social media and footage being leaked all the time, it may be only a matter of time before the possible UFO footage becomes discussed amongst those on the internet.

It’s certainly possible that the government may be hiding more evidence of extraterrestrial life, but there’s still the question of who would get their hands on the evidence first. Some may speculate that whoever is leaking the footage is a person deeply entrenched within the government and wants this stuff to get out. There’s also the possibility of a group keeping track of all this and waiting for the opportunity to cease any bit of UFO footage that the government forgets to keep hold of.

Whatever the case, it just adds to the speculation of it all. Even earlier this year, the Department of Defense(DOD) held its first public hearing regarding UFOs and possible UFO footage since the 1960s. Additionally, the DOD recently announced that it would receive funding for a new office focused primarily on managing reports of UFO sightings by the US Army, Navy, and others.

Everyone knows the old saying, “when there’s smoke, there’s fire.” The government is undoubtedly letting out much smoke for those curious about life among us. While it’s unknown whether the new UFO footage will ever appear online, the fact that the government is doing its best to conceal it shows how easy it would be to spread across the masses. 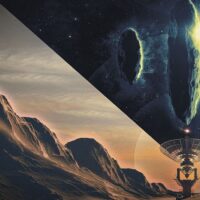