Elon Musk: The Books That Most Influenced His Life

By Joelle Renstrom | 2 years ago Elon Musk has done more in his life so far than most can do in a hundred lifetimes. He was an early investor (and, as he’s famously and problematically asserted, a co-founder) in Paypal and Tesla Motor Company, of which he is most definitely CEO. He designed a high-speed rail system called the Hyperloop, which I’m still pulling for, and best of all, he’s CEO of SpaceX, the hottest cargo- and soon people-moving spacecraft company around. How did Musk get to be the rich and famous inventor and tycoon we know today? Well, for one thing, the guy read — a lot.

Musk reportedly had a rough childhood in South Africa — he was runty and too smart for his own good, and kids called him “Muskrat.” So he’d do what a lot of people with rough childhoods (and adulthoods) do — he escaped into fantasy and science fiction. He recently shared a list of the books that have most influenced his life.

Zero to One: Notes on Startups, or How to Build the Future by Peter Thiel. Musk met Thiel when Thiel was running Paypal and Musk was running a rival payment company. Musk wholeheartedly believes Thiel knows how to create and run “breakthrough” companies. Ignition!: An Informal History of Liquid Rocket Propellants by John D. Clark doesn’t sound like beach reading, but apparently it’s “really fun.” Clark’s account of the history of rocket fuel relies on his background as a chemist, but also explains the science and the politics behind the industry.

Structures: Or Why Things Don’t Fall Down by J.E. Gordon is another book he read to familiarize himself with rocketry, as well as structural engineering. It’s probably unsurprising that Musk cited the book Einstein: His Life and Universe by Walter Isaacson as a formative read. Like Musk, Einstein overcame some difficult personal circumstances to become one of the most renowned scientists of all time. Isaacson’s biography of Benjamin Franklin was also formative for Musk, not just because Franklin was a scientist, but because he was an entrepreneur. He calls Franklin “one of his heroes.” Worth reading Superintelligence by Bostrom. We need to be super careful with AI. Potentially more dangerous than nukes.

I’m happy to see Nick Bostrom’s Superintelligence: Paths, Dangers, Strategies on the list. The book influenced Musk’s thinking about the dangers of AI, which is something all scientists and engineers need to keep in mind. Musk is a big Asimov fan and calls Foundation “one of the all-time best.” Lord of the Rings was one of the books Musk sought refuge in during childhood. So was The Hitchhiker’s Guide to the Galaxy, which helped Musk cope with what he calls an “existential crisis” during his early teenage years. Where Nietzche and Schopenhauer failed to guide Musk through that time, Adams’ ridiculous romp succeeded. Lastly, Musk was a huge fan of Robert Heinlein, specifically The Moon Is a Harsh Mistress and Stranger in a Strange Land, even though according to Musk the latter “kind of goes off the rails at the end.” True. It’s no surprise that Musk is yet another person inspired by science fiction to greatness. 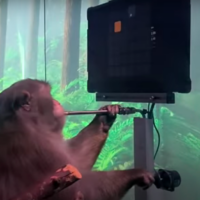