One of my favorite things about Game of Thrones (the show) is the opening sequence. There are a lot of fantastic openings out there (Six Feet Under, True Blood, and Dexter spring immediately to mind), but for me there’s none better than Game of Thrones. It’s not just because I’m full of anticipation for the episode I’m about to watch, either. The way the sequence builds a map that spans the GoT universe, complete with castles and forests rising up from what looks like a game board, perfectly illustrates the transition from story to reality, from page to screen. The camera pans to each area, uniting, at least in that brief glimpse, seemingly disparate or antagonistic kingdoms and giving viewers a rare comprehensive look at the entire game board before focusing on the specific players who aim to march across it. In short, I’m a complete sucker for maps or depictions that bring a place to life and imbue it with a sense of story, which is exactly what six prize-winning students did when they transformed maps of 17th century London into a unified 3-D world.

If the De Montfort University students aren’t fans of Game of Thrones and didn’t draw upon it for inspiration when they created their winning entry for the Off the Map competition, I’d be shocked. There are many similarities, including those I praised earlier, and why not glean inspiration from the best? Off the Map is a new and unique competition driven by Crytek, a company specializing in interactive entertainment such as 3-D gaming; the British Library, which supplied the maps; and Game City, an organization celebrating the cultural and visionary achievements of video games. The competition invites groups of students to “respond creatively” to a set of maps furnished by the British Library using Crytek’s CryENGINE 3.

This year, the maps were of 17th century London. The winning De Montfort University students, who call themselves Pudding Lane Productions, show viewers what it would be like to fly through London over 300 years ago. They detail the process on their blog, as well as the challenges they faced, such as being able to identify the precise locations of certain landmarks. Their finished look introduces a kind of haze over the entire city, while still achieving an impressive level of detail for monuments like the London Bridge.

While I keep thinking that the only thing missing is the avatar I’m itching to move around on those cobblestone streets, I appreciate seeing London devoid of people — it gives viewers a better opportunity to appreciate the details of the houses and landscapes. The argument implicit here is that video games are art, even if the scenario is unseemly or the objective violent (as is always the case in Game of Thrones). The Off the Map collaboration and contest proves the point with demonstrative elegance, which is often more compelling than words.

See The Deadly Snake Found Under A Family’s Christmas Tree 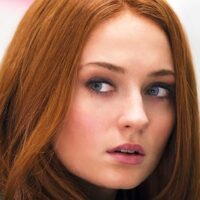