Sometimes it can be fun to hunt around on Google Maps to see if you can catch something at random. Sure, it’s cool to look at our own address on a street view, or just tool around the skies in different parts of the world. There’s a lot out there to see. And sometimes if you are looking closely you might just stumble on to something truly rare. That’s what happened when a Reddit user posted a picture they had caught on Google Maps, this one of a B-2 Spirit Stealth Bomber flying in the skies over Missouri.

The Reddit user /Hippowned posted the picture from Google Maps of the Stealth Bomber as well as the location, 39°01’18.5″N 93°35’40.5”W. There is a bit of blurriness in the capture, with some rainbow spectrum coloring around the borders, but this is definitely a B-2 flying in the skies. It’s a pretty amazing find considering the bomber is specifically designed, at the cost of billions of dollars, to totally avoid even the most advanced forms of detection. But there it is in all its stealthy glory. Check it out:

Of course, Google Maps isn’t updated in real-time with new images of areas, but rather every couple of years. Catching vehicles of any kind is pretty rare considering the rate of speed, but this Stealth Bomber is especially crazy considering basically everything we know about the vehicle. It cruises at a speed of around 560 mph and can reach max speeds of around 630 mph. Apparently, there are about 20 still in operation by the United States military and they were made to enter high-value spaces without anyone knowing. They can deliver nuclear payloads and were incredibly expensive to produce. Apparently, at the height of production, the Stealth Bomber averaged more than $2 billion dollars per plane to majke. A staggering number for sure.

And we might not “see” these Stealth Bombers on Google Maps or otherwise for all that much longer. That’s because the military is slowly phasing out the current crop of fighters to make way for the B-21 Raider which is set to hit the skies sometime around 2026. Those are going for a cool half-billion dollars per plane and will have some of the same signature, triangular styles as the original. The 21 in the name is meant to reference the first bomber built in the 21st century. The original B-2 started production all the way back in 1987.

Look, there are lots of cool things that have been found on Google Maps throughout the years including weird messages, creepy doll villages, mysterious patterns in the desert, airplane boneyards, shipwrecks, and more. Heck, even some mysteries have been solved by industrious users seeking out clues found in some of the imagery. But the spotting of a Stealth Bomber now ranks right up there with the best of them. Considering the secrecy and covert nature of the project, made specifically to really never be seen, catching it on a scan through different coordinates is one of the best yet. 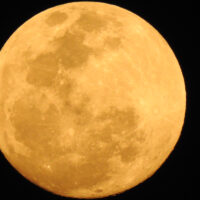 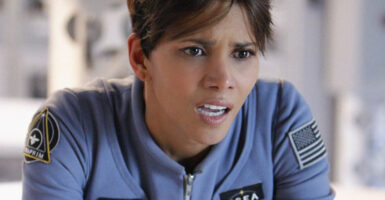 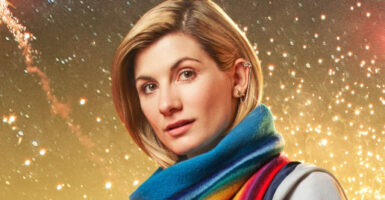