The lost shipwreck of Sir Ernest Shackleton was found at the bottom of the Weddell Sea this weekend. It was discovered about two miles beneath the harsh waters of mainland Antarctica. The 144-foot-long wooden ship, known as HMS Endurance, has a rich history that lives up to its name and the bravery of its leader. When the race to the South Pole ended in 1911, Shackleton was determined to cross Antarctica from sea to sea. He made preparations for what historians now call the Imperial Trans-Antarctic Expedition of 1914 to 1917.

But disaster struck when Endurance became trapped in pack ice and was slowly crushed before the shore parties could be landed. Fortunately, the crew escaped by camping on the sea ice until it disintegrated. They used lifeboats to reach Elephant Island and eventually South Georgia Island. The stormy ocean voyage, made up of approximately 720 nautical miles, became Shackleton’s most famous exploit. And after all these years, the shipwreck still appears to be in remarkable condition.

Check out the Endurance shipwreck and some historical images below:

On March 9th, the Falklands Maritime Heritage Trust announced that it finally located the shipwreck which had been missing for over 106 years. According to The Verge, the ship was discovered by the expedition Endurance22. The team used high-tech underwater search vehicles to find and document the wreck. Speaking about the incredible find in a blog post, the expedition’s director of exploration Mensun Bound said in a long career of surveying and excavating historic shipwrecks he’s never seen one as bold and beautiful as this.

Check out video footage of the shipwreck below:

Thanks to detailed records kept by the ship’s Captain Frank Worsley in 1915, Endurance22 was able to narrow the search area. The fact-finding expedition left Cape Town on February 5th with a South African icebreaker, hoping to find the Endurance shipwreck before the end of the Southern Hemisphere summer. The explorers used underwater drones to find the remains, which has a swirling current that sustains a mass of thick sea ice that can challenge even modern ice breakers, CBS reports.

“This has been the most complex subsea project ever undertaken,” Nico Vincent, the mission’s subsea project manager, told CBS. Underwater drones produced clear images of the historic shipwreck. After more than a century underwater, the ship’s wooden timbers are still held together, and the helm remained intact with gear piled against the taffrail. The Endurance is now home to sea anemones, sponges, and other small ocean creatures.

See what the sea creature living on the Endurance look like below:

Images of the expedition showed South Africa’s Agulhas II icebreaker surrounded by ice, with crew lifted by crane over the frozen sea. Known as Sabertooths, the drones that were used were built by Saab. They dove beneath the ice into the farthest depths of the Weddell Sea to collect information. The shipwreck is protected as a historic site under international law. As such, explorers were allowed to film and scan the ship, but not to touch it.

See more amazing images of the iconic shipwreck below:

This means none of the shipwreck’s artifacts can be returned to the surface. During the mission, the team also researched climate change and documented ice drift patterns and weather anomalies. Endurance22 is now returning to port in Cape Town, South Africa. 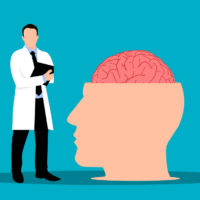