Scientists Have Discovered A Sea Dragon, See It Here

When we think about the creatures that used to roam the Earth and the seas millions of years ago, it’s often tough to picture exactly what things looked like. Sure, we have artist renderings of the time, though when we are really going back millennia, most of it is just an educated guess around what exactly was out there in terms of wildlife. But sometimes discoveries come along that do help to crystallize just how crazy some of these creatures really were. And that has happened recently with a group of paleontologists finding the fossil of a massive sea dragon from millions (and millions) of years ago.

The sea dragon fossil was found in the United Kingdom in the English East Midlands and is the bones of an ichthyosaur. Picturing this thing swimming in our oceans is a wild proposition. The fossil is the oldest and largest of its type ever found, topping out at more than 30 feet and weighing almost two thousand pounds. For some perspective, you can see pictures of the finding below as well as what this creature is presumed to have looked like way back in the day. Check it out:

This ichthyosaur sea dragon fossil is suspected to have come from about 180 million years ago, a time when the creature was roaming in the ocean. The reptile existed in the Mesozoic era and is thought to have first originated about 250 million years ago. This creature, which is thought to have resembled a massive dolphin in appearance, is widely considered to be have been at the top of the food chain when it was flourishing in the ocean. Considering its size and ability to cover larger distances, the ichthyosaur was most definitely an apex predator at the height of its existence. But like all living things, eventually, the sea dragon went extinct, likely pushed out by other larger marine reptiles of the time. That was about 90 million years ago. That leaves this ichthyosaur fossil right in the middle of the timeline for when they were alive as a species.

The finding of this sea dragon was, as often happens, something of a lucky occurrence. According to CNN, the spot where the fossils were discovered was part of just a general maintenance operation in the Leicestershire and Rutland Wildlife Trust a nature reserve in the area.  While working to drain a part of a lagoon, a team leader noticed a bone sticking out of a portion of the area. Thinking it required a closer look, a group of experts was brought in to examine the fossil only to discover that it was a complete skeleton of the ichthyosaur.

After that, it looks months to fully dig out the sea dragon ichthyosaur fossil, with team members needing to painstakingly uncover the bones in order to keep them fully intact. The process was well worth it though because by the end they had what paleontologists refer to as the most complete ichthyosaur fossil ever discovered. The plan is to now put the sea dragon bones up for display so that others can see just how impressive a creature this once was. 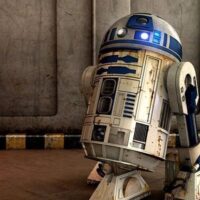 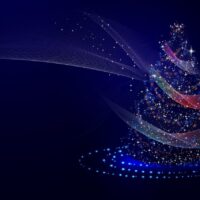 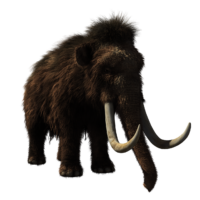