Prepare to grapple with your mortality. Scientists believe they have figured out the maximum age a human being will ever live to regardless of how much clean living and exercicse they do. A Singapore-based biotech company that calls itself Gero and Roswell Park Comprehensive Cancer Center did a comprehensive study across subjects in the United States, United Kingdom and Russia that sought to determine at what point and at what rate the human body faces a natural decline in its ability to recover from stress. Fortunately, the news isn’t all that bad. The maximum age that these researchers believe a human being will reach is 150 years old.

That’s quite a bit more than the average life expectancy in the United States, which is 77.3 years as of 2020. However, it’s worth noting that the COVID-19 pandemic played a factor in dropping those numbers to the lowest rate they’ve ever been, according to Reuters. Meanwhile, Jeanne Calment remains the oldest person who ever lived at 122. So, the maximum age of 150 remains as theoretical as it is aspirational in humans.

While it’s never fun for the ol’ concept of mortality to put a cap on how long you and your loved ones can expect to live, knowing that there’s a maximum age for human beings can actually help researchers understand how best to reach that benchmark and possible increase the number of people who live that long, according to CORDIS. The outlet explains that scientists reached this maximum age of 150 years conclusion through the use of a data sample set of roughly 540,000 volunteers across three European countries. Each volunteer collected their blood and then combined additional data from more than 4,500 people to calculate the body’s rate of decline in fitness. They found that by 120, the body stops being able to recuperate the necessary stuff it loses in one’s day-to-day life. By 150, good luck keeping on trucking. That said, if there’s one thing human beings are known for, it’s survival — that also said, not for longer than 122 years.

In a press release to EurekAlert, one of the researchers behind the project noted that the 150 age benchmark is a bit of an equalizer when it comes to humanity. Although there is a maximum age for human beings, the decline in resilience rates for people didn’t vary too much based on whether or not they suffered from a chronic illness or not. While it’s always true that diet, exercise and avoiding vices like smoking, drugs and drinking to excess will help prolong one’s life. There’s some comfort in knowing that the thing that will ultimately kill us all doesn’t have much to do with any of that.

So, while we all now have to live knowing there is a maximum age at which we will all stop living and pass on into that great unknown, we can also take comfort in knowing that the discovery puts scientists closer than ever to make sure that the average life expectancy goes up across the board. So, ditch the cigarettes and start planning that 150th birthday party — just maybe keep the activities light. 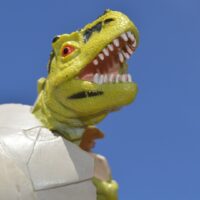 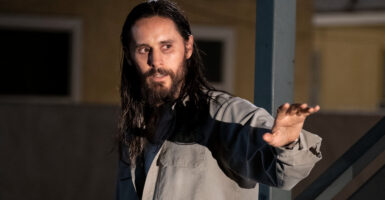