Could Robot Bartenders Convince You To Take A Cruise? 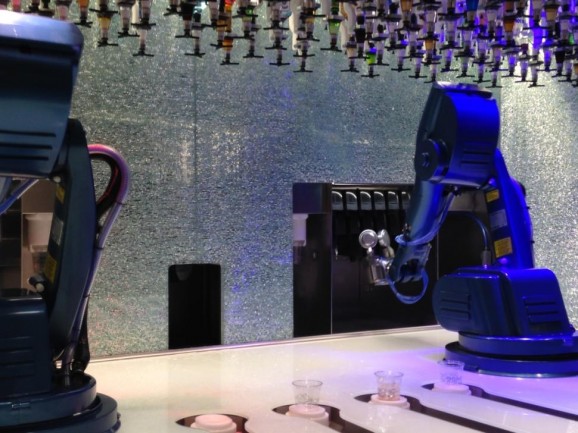 The idea of taking a cruise has never appealed to me. I love to travel, but not being able to control anything about how you travel, how long you stay somewhere, and who you’re with sounds like a nightmare. I also had a run-in with the norovirus last winter and would avoid cruise ships at this point if only for that reason. Oh, and this. But cruise ships—Royal Caribbean cruise ships, more precisely—now have one thing going for them: robot bartenders.

Royal Caribbean has a 4,180-person ship called Quantum of the Seas, and it makes good on its futuristic title—it’s the first “smart ship” in the world. Honestly, that sounds like a decent idea. Humans have proven that they’re not awesome at piloting ships. Oh, Quantum of the Seas doesn’t drive itself, unfortunately. But it does have robots and that’s always the next best thing. Apparently, that was their business strategy: robots are cool. 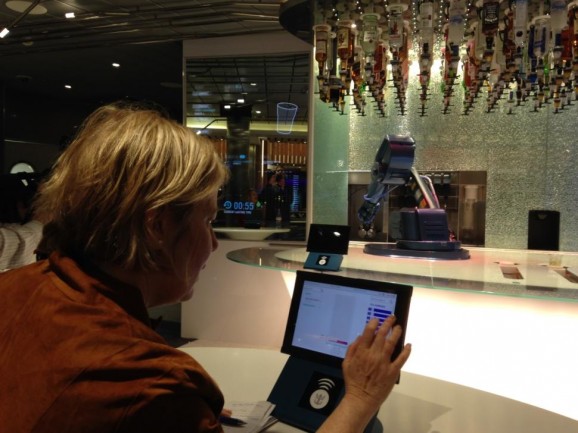 Royal Caribbean’s VP of Food & Beverage had the vision eight months ago, and the company enlisted a company called Makr Shakr, which, in addition to despising the letter “e,” is affiliated with MIT. So far so good. Their partnership spawned two robots: the B1-O and the N1-C, collectively known as “bionic.” They won’t shoot the shit like a good human bartender does, given that they’re just mechanical arms. But they can grab bottles, stir, and shake, and they don’t sneak shots on the side. They churn out two drinks a minute and then send the booze to patrons via conveyor belts. Well, great. That’s another job for the robots.

Their home, the Bionic Bar, looks like you might imagine it would—an open layout with steel furniture and smart tablets for customers to place their orders. The bar has been so popular, and so often appears on passengers’ social media, that Royal Caribbean has had to enhance the WiFi. But that’s not the only high-tech amenity on Quantum of the Seas.

The ship also has a capsule that it lifts to make passengers feel like they’re in the air. They’ve got indoor skydiving (a wind tunnel) and virtual balconies with the cheaper rooms that show live feeds of the oceans. Instead of keys, passengers have radio frequency wristbands. And there are bumper cars—but not smart ones, because bumper cars are stupid. Unless the robots are driving them.