If you’re like me, you often watch movies or shows that prominently feature large technological set pieces, and think to yourself, “I’m sure that’s pumped up to make it look good on screen.” You know, like they added a few extra switches, a screen or two, or some superfluous blinking lights, just to make sure that you know that this thing is a high tech device. After looking at these photos of three space shuttle cockpits, I’ve come to the conclusion that this train of thought was completely and utterly wrong. 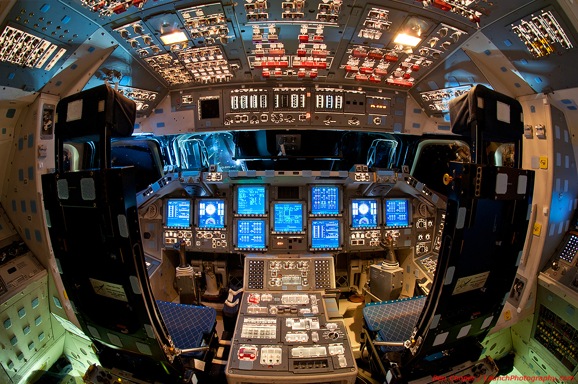 For example, take the above photo of the cockpit of Endeavour all powered up, as found on BoingBoing. That’s insane. In my mind this looks like something that has to be made up and fabricated for a science fiction movie, or at least a big-budget sci-fi show of some kind. It’s mind boggling to know that the astronauts who helm these crafts have to know what every single one of those switches, knobs, buttons, and displays are for. Lit up as it is, the whole scene is incredibly cinematic. 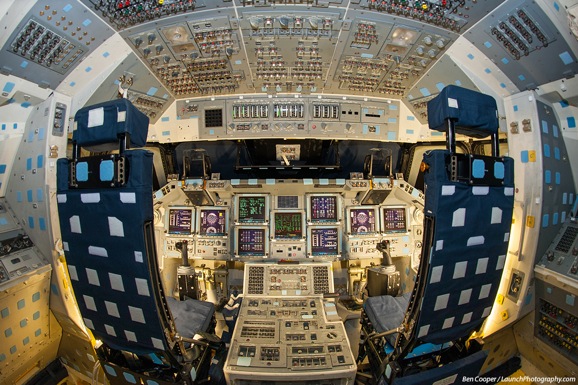 This pic of the shuttle Atlantis flight deck shows things in a little more subdued light. The image may be somewhat less eye catching, but it’s still an impressive, intimidating sight to behold. 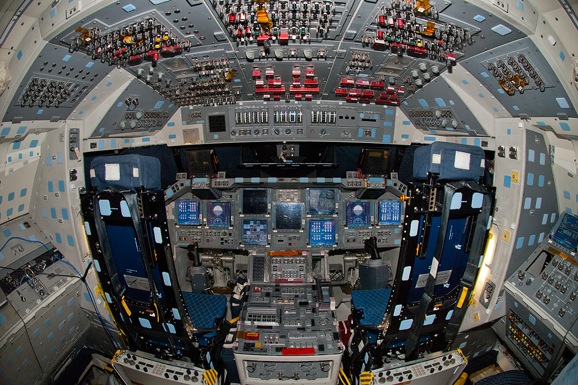 Not to be left out, here’s a peek at the controls of Discovery as well. Seeing what they have to cope with, you start to understand the necessity for the extensive training astronauts receive. Not that you didn’t before, but this drives that point home.