Orwell Was Right: New TVs Now Watch What You Watch

The basis behind George Orwell’s iconic novel 1984 is that big brother is watching you, always. He may have missed the mark on the year, but technology has just moved one step closer to the dystopian watch dog future Orwell predicted in the late 40s. A San Fran-based company called Flingo has developed a technology that, once integrated with your television, will return info on every piece of media that passes through your system to their machines which then tailor you viewing and web browsing experience to be more suited to your needs.

According to the Technology Review, the program, called Sync Apps, will be built into many TVs very soon, thus creating TVs that watch you. There are certainly positive implications for Sync Apps. Marketing on the web is so horrible that you frequently see ads that have nothing to do with what you’re looking at. Likewise, TV commercials are even less personalized, although they do their best to target a demographic, there’s always a lot of extraneous stuff. Sync Apps could help change that once the technology evolves. This could also replace the archaic Nielsen Ratings System.

However, people like me who have been on the web for nearly two decades are trained to the point where we don’t even see ads on web pages any more, regardless of what they’re selling. Even ads that are often accidentally rolled over and expand to take up the entire browser are closed before we bother registering what the project even is. But if Sync Apps can change television commercials to be more relevant the very, very few times people watch shows live anymore, this could be helpful.

The information gathering does not stop there though and this is where the red flags go up. The app captures info about every piece of media that passes through your machine, including anything you’ve downloaded and are streaming to your TV. So if you’re pirating Oscar screeners in the coming months, (I’m not condoning it), and you stream them to your TV then this app gathers that info and ships it out to Flingo, who already has connections with a lot of big name studios. You could essentially be getting yourself arrested, and nobody wants that.

For now, this service can be turned off inside your TV so that you aren’t participating. But their best move would be to allow select data to be submitted, giving the user the freedom to submit their TV watching habits, but not their streaming or web activity. Either way, Orwell contines to be more and more correct. Big business is always trying to find a way to more easily watch you. For now it’s just to help sell ad space, but there are huge ways for this technology to evolve negatively into an Orwellian cluster fuck. 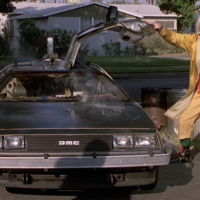