The Mars Perseverance Rover has found a high concentration of organic matter in a part of Mars where life could potentially exist.

NASA‘s Perseverance rover has been scrubbing Mars for signs of life since February of last year and its latest findings may be our best indication yet of previous life on Mars. According to NASA scientists, the rover has collected several rock samples that include high concentrations of organic matter. As reported by CNN, Perseverance project scientist Ken Farley iterated that it’s the highest concentration of organic matter yet that has been found on Mars.

The samples that may indicate previous life on Mars were taken from the Jezero Crater. The Jezero Crater has been an important part of Martian research, as it likely once held a lake. If there was a lake on Mars, it could have been a liveable environment around 3.5 billion years ago.

Finding organic matter that proves life on Mars is no simple task. It’s time-consuming and meticulous. For Wildcat Ridge, the rover was able to analyze the sample using its Scanning Habitable Environments with Raman & Luminescence for Organics & Chemicals, or SHERLOC.

From this scan, the scientists were able to see that the organic matter is likely stable carbon and hydrogen molecules, which could indicate that it’s a sulfate mineral. Here on Earth, carbon is a primary component of all known life, so finding organic carbon, oxygen, and hydrogen molecules is always an interesting find that could point us towards concluding that Mars once supported life.

The scientists on the Perseverance mission may not be able to make more solid theories and conclusions about life on Mars until the Wildcat Ridge sample, and the other collected samples, make their return to Earth. While Perseverance can send back useful and exciting data, it won’t be as comprehensive as the data scientists will be able to collect from the samples in the labs back at home. Unfortunately for the impatient amongst us, the collection won’t be coming back until the 2030s when NASA launches several Mars Sample Return missions.

Another interesting find was a sandstone dubbed Skinner Ridge, which was transported from a crater hundreds of miles away from the rover’s exploration area. This would have been too far for the rover to reach on its own, so this was an especially lucky find. The more diverse the samples are, the more data the scientists will be able to observe.

If you’re waiting on pins and needles to see if these samples could mean life on Mars, the first samples will be coming back to Earth in 2033, so we’ve got a little over a decade to wait. Once they’re safe and sound back on our planet, scientists will be able to use incredibly sophisticated instruments to extrapolate as much useful data as possible. 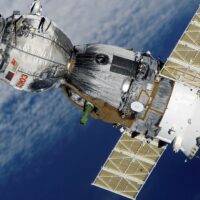