The world is certainly changing, and the biggest change comes in the form of Congress realizing that UFOs are now real. A historic meeting of Congress was held recently where it had been stated that UFOs, now known as UAPs (unidentified aerial phenomenon), are officially recognized by the U.S. Government. This could be due to the countless videos that have been shared online by higher-ranking military officials who have all but stated what they saw was a UAP. Now it appears as if NASA will help find UFOs.

The highest-ranking space exploration government agency should have been the first on the job, but NASA finding UFOs along with the U.S. Government is also a huge step in the right direction. This means that science is collectively backing the idea that we might not be the only intelligent life in the ever-expanding universe. A spokesperson for NASA commented on this partnership. According to the spokesperson, “[NASA is] evaluating how to provide our expertise in space-based Earth observations to improve understanding of Unidentified Aerial Phenomena (UAPs).” There has been a growing interest in this subject, and it has been covered by news outlets across the world. Below is a video of three occasions in which military personnel witnessed a UAP:

NASA helping to find UFOs is huge, but the government agency has also denied that they are setting up their own facility to study UAPs. When it comes to keeping secrets about aliens and UFOs, there is always something outright denying their existence. So naturally, denying an office to study UAPs exists might be what they have been told to say. However, with Congress taking on an active approach to this subject, there are likely fewer people denying the existence of otherworldly life. The meeting that took place at Congress was also the first of its kind in over 50 years. As they say, “the truth is out there.”

There have been many documentaries about UFOs, and the idea of alien abductions has been a running joke for decades on end. However, this is the first time that UAPs are being recognized and admitted by higher-ranking officials in the government. NASA will now hunt UFOs as well. Hunt might be a bit of an exaggerated term, but they are certainly going to help in studying these events. That should say something regarding the seriousness that is now being attached to the subject of studying these unexplained aircraft.

A Navy official also stated earlier this month that there are now over 400 UAP sightings. These have all likely been captured by military personnel of all kinds. This is likely why the idea of these aircraft is now being taken seriously. NASA tracking UFOs will be a joint effort between itself and The Department of Defense UAP task force. Congress has tasked this agency with determining the threats that these aircraft could potentially pose.

NASA and UFOs should have been synonymous from the beginning. However, it has taken a long time for the government to take these sightings seriously. UFO sightings have long been joked about for decades, but now with current technology, no one can deny the eerie aerial phenomenon that is constantly being captured. 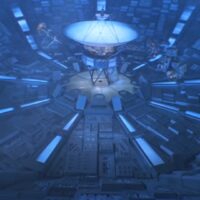