We lost one of the greats this past June when Ray Bradbury passed away at the age of 91. He left behind a large body of work and countless writers, filmmakers, and others who were influenced by his writing. Yesterday, Wednesday August 22nd, would have been Bradbury’s 92nd birthday, and NASA chose to commemorate the occasion in a truly special way: the location where the Curiosity Rover touched down on Mars has been named “Bradbury Landing.”

NASA announced the naming during a press conference yesterday, which opened with a video of Bradbury reading his poem, “If Only We Had Taller Been.” In a nice bit of synchronicity, that video was recorded at a Caltech symposium on November 12, 1971, just as the Mariner 9 spacecraft was going into orbit around Mars. You can also see the late Carl Sagan listening as Bradbury reads the poem. Here’s the video in question, which may very well put a lump in your throat. It sure did mine.

Honoring Bradbury with this naming is both touching and appropriate, since he is a writer who, like Edgar Rice Burroughs, has long been associated with the red planet. His short story collection, The Martian Chronicles, is still one of his best-known works, and now his legacy is forever bound to the real-life Mars, not just to his fictional version of it. It’s a beautiful footnote to a long and noteworthy career.

Perhaps someday, if our species continues to dream as Bradbury did, “Bradbury Landing” won’t be just a notation of maps of Mars…perhaps it will be a mailing address. 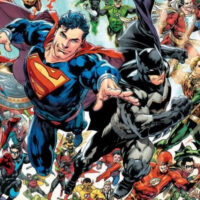