Our Moon May Not Be Able To Have Its Own Mini-Moon, But A Meteorite Recently Exploded On The Lunar Surface 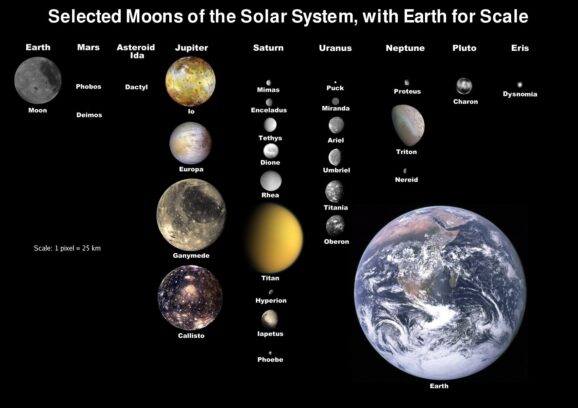 When you realize that planets like Saturn have 60 moons, and Jupiter has 63, you have to wonder whether moons can have their own moons. Saturn’s satelite Titan is larger than the planet Mercury, so it’s not hard to imagine another rock circling it. Fraser Cain, publisher of Universe Today, one of my favorite space publications, tackled this question, and has dashed my hopes of discovering an infinite series of moons. It turns out that a moon can’t have a moon—unless some specific stuff is going on, which we’ll talk about later. At least the reasons this can’t happen are interesting, and that makes everything okay.

Apparently, “moon” has no explicit definition. If you look it up, you’ll find references to Earth’s Moon, but no official definition about what moons are in general. I thought science had this stuff nailed down. Moons do have some consistent attributes, though: they’re whole, sold objects that orbit around a bigger body, probably a planet, probably orbiting a star. Whatever the moon orbits is orbiting something else, etc. Technically, the Moon does have a moon, or at least something distinct orbiting it: NASA’s Lunar Reconnaissance Orbiter, which has been circling and photographing our Moon since 2009. But its lifespan is limited, and sheds light on why no moons in our Solar System can have their own satellites.

It’s all about that pesky thing called gravity and the resulting tidal forces. All cosmic objects have something called a “hill sphere,” which is their bubble of gravity. Objects that enter that sphere will generally go into orbit around the object. But our Moon’s hill sphere overlaps with that of the Earth, and when that happens, any spacecraft orbiting around the moon will eventually crash, including the Lunar Reconnaissance Orbiter. So what does that mean for the asteroids NASA plans to retrieve for mining? The space agency will likely put such an asteroid in orbit around the moon, since that’s safer than introducing it into Earth’s orbit. Unless something corrects its orbit here and there, that hypothetical asteroid will eventually crash into the Moon, too. 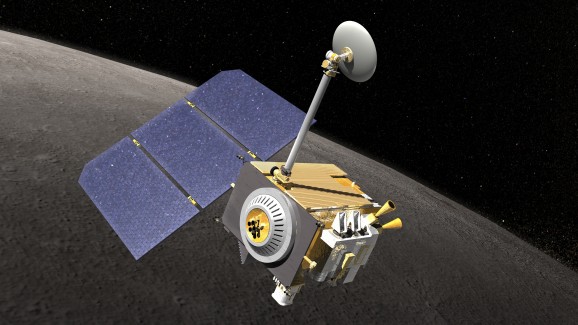 But way, way out in the Solar System, some asteroids have moons because they’re so far away from the sun. Neptune has the biggest sphere of influence because of its size and distance from the sun, so it would be theoretically possible for a moon to be way, way out there orbiting Neptune, and for that moon to have a distant moon of its own. But as far as we know, that’s just theory.

Speaking of our Moon, it’s had a big day, publicity-wise. In September, a meteorite the size of a boulder crashed into the lunar surface at approximately 38,000 miles per hour, triggering the biggest explosion we’ve ever seen on the Moon (probably because we never tried to explode a nuke on it).

Research and video of that explosion was released yesterday in the Monthly Notices of the Royal Astronomical Society. And no, the blast did not create a mini-moon.