A curious monkey did something unthinkable, as it snatched a phone and was able to dial 9-1-1, prompting a police investigation at a California zoo.

Related:
Monkeys Are Learning To Play Video Games With Their Mind

When you ever hear the phrase, “no more monkey business” it has a lot to do with the curious and often troublemaking demeanor of the monkey. It’s not entirely their fault, as the animal happens to be quite curious. Well, a recent instance of “monkey business” took place at a zoo called Zoo to You, in Paso Robles. Dispatchers working for the police department got an emergency call from a random number, but there was no response, which baffled everyone. The phone was called back by dispatch and text to make sure everything was alright. After investigating the source of the call, authorities had discovered a fury troublemaker had stolen a phone and miraculously punched in the 9-1-1- number. You can see the story below:

The San Luis Obispo Sheriff’s Department clearly sees the humor in what transpired, as they took a mugshot-type photo of the culprit. The emergency call had been placed by a monkey named Route. Route had been riding along in a car with the zoo’s assistant director, Lisa Jackson. Jackson claimed that Route swiped her phone, and she did not think anything would happen. Capuchin monkeys are quite curious, so Route took the phone and began to touch away. However, she had apparently dialed the police, probing an emergency investigation. Deputies were sent to the location to ensure that no one was in any sort of trouble or hurt. When they arrived, everyone was confused about who made the call. That is when Route was found guilty of all charges. However, nothing serious had happened. No one was hurt, including any animals.

Animals often get into odd situations, as most are inquisitive. Other times, they just happen to wander into the wrong areas and cause all kinds of havoc. A month ago, a snake wandered into a power station, frying itself, and causing a two-hour power outage in a huge city in Japan. Clearly, Route did not cause that much trouble, but she was successful in getting the police to head to the zoo. Maybe she was just trying to call to attempt to escape? That is likely not true, as she seems that she is very loved. She just wanted to get involved in some monkey business.

Monkeys are some of the most curious animals on the planet, and they often take items on a whim. Sometimes those items are returned, and other times the owner will never see that item again. This is just a warning that if you find yourself in a country or zoo that has monkeys, watch your stuff closely. There have been plenty of instances where a curious monkey has run off with an expensive item like a camera and phone.

Route the monkey may have had a run-in with the law, but she will likely not want to get the police called again. At least the sheriff’s deputies at the San Luis Obispo Sheriff’s Department will have a funny story to tell for some time. It’s not often that a monkey calls 9-1-1. 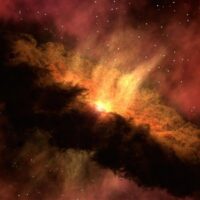