Red Rock Country Utah meet 2020. An eerie metal monolith has been discovered in a remote area of the Utah desert. How did it get there? Who or what left it? Here’s what we know.

It started when a helicopter crew from the Utah Department of Public Safety was out in the remote red rock area surveying bighorn sheep when it spotted something strange. “One of the biologists is the one who spotted it and we just happened to fly directly over the top of it,” said pilot Bret Hutchings to KSLTV in Utah. “He was like, ‘Whoa, whoa, whoa, turn around, turn around!’ And I was like, ‘what.’ And he’s like, ‘There’s this thing back there – we’ve got to go look at it!’” So, back they went and came across a strange discovery that at first glance could be seen as out of this world. A massive metal monolith was found protruding from the desert floor.

The crew, which is part of the Department of Public Safety’s Aero Bureau and the Utah Division of Wildlife Resources, landed to investigate the object that was tucked away into a cove in the remote Red Rock country. “I’d say it’s probably between 10 and 12 feet high,” Hutchings said. “We were kind of joking around that if one of us suddenly disappears, then the rest of us make a run for it.” Thankfully no one disappeared and the crew was able to get plenty of pictures and videos of the mysterious object.

The Utah Department of Public Safety issued a statement on their website recapping what the helicopter crew found. “While on this mission, they spotted an unusual object and landed nearby to investigate further. The crew members found a metal monolith installed in the ground in a remote area of red rock. The crew said there was no obvious indication of who might have put the monolith there,” read part of the statement.

Aaron Bott, a spokesperson for the Utah Division of Wildlife Resources describes the area where the monolith was found as very rocky, rugged, and remote. It has many canyons and potential hazards to anyone venturing there. “It’s a tough place to get to on vehicle and on foot,” Bott said. He also added via the NY Times, “We fly pretty low for these surveys so we can identify the gender of the sheep, and while we were doing this we found this strange metallic monolith out in the middle of the desert.” And while Bott called it a strange metallic monolith, he also said that it was “not too uncommon to find weird things that people have been doing out in the desert.”

Utah Department of Public Safety spokesperson Lt. Nick Street spoke to USA TODAY, “We’re almost 100% sure this is an installation attempt of some kind. Not an attempt, they successfully installed it in the Red Rock in southeastern Utah.” The “installed” metallic monolith was described by Street, “It’s stainless steel. It’s put together with pop rivets,” he said. “That kind of says it was definitely put together by humans. … As far as the timeline, for all we know, it could have been placed there 50, 60 years ago and because of the material it’s made out of it hasn’t weathered – it was meant not to. It’s definitely an interesting installation.”

The location of the metal monolith is not being disclosed for fear of injury or sightseers becoming stranded in the hard to reach area and needing rescue. “The exact location of the installation is not being disclosed since it is in a very remote area and if individuals were to attempt to visit the area, there is a significant possibility they may become stranded and require rescue. We are encouraging anyone who knows the location of the monolith to not attempt to visit it due to road conditions,” the Utah Department of Public Safety statement read.

However, despite their efforts, the monolith’s location has been discovered by internet users, with the aid of Google Earth. Click the Google Earth image below to see exactly where it is…

The Bureau of Land Management has taken up the investigation on the monolith and they are also strongly discouraging people from trying to find this strange metal object, which they note that no matter where you come from (our planet or perhaps another) that without proper required authorization, using these public lands is illegal. Their statement read: “Although we can’t comment on active investigations, we would like to remind public land visitors that using, occupying, or developing the public lands or their resources without a required authorization is illegal, no matter what planet you are from.”

People were quick to respond, often with great humor, when the Utah Highway Patrol posted on their Facebook page, “Did you know that @utahdpsaerobureau helps @utahdwr with counting big horn sheep every year? During the count they came across this (sheet of metal?), buried in the middle of nowhere… what do you think it is?” One response read, “I dunno but if I were y’all I’d wait until at least 2021, maybe 2022 for good measure, before touching it.”

Another thought it was, tongue in cheek, art. “It is an impressive artistic representation of a piece of metal stuck in sand.” Others were a little more serious about the object, “How about a resonance deflector? If everything IS energetic this could have multiple uses. It WAS hiding, after all.”

Here’s their video showing the monolith being discovered… 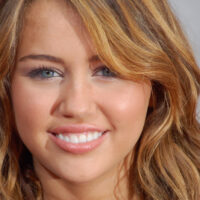 Miley Cyrus Was Nearly Abducted By Aliens, Chased By A UFO