For people who talk to Siri, a voice-activated computer isn’t anything new. But what about for those of us resisting smartphones, or those of us who don’t want to be tethered to a device? As much as I yell at my computer, it doesn’t seem to have much of an effect (except to make me angry at its perfect ability to remain level-headed). Now the Ubi, short for ubiquitous computer, plugs into the wall, connects to Wi-Fi, and responds to user’s voice commands. The computer is always on and always ready, all you have to do is say “okay, Ubi” and it’s ready for business.

Via voice command, Ubi can play music, send emails or text messages, and use sensors to help users monitor your home. It communicates via built-in speakers, and unlike Siri, has a more mechanized male voice (thus far). It connects with thermostats and other smart devices and appliances.

This appeals to me because users don’t have to carry Ubi around all the time, but it does seem a little bit like a landline in that it’s limited to a specific area where it can hear your voice. The initial prototype for Ubi, which was successfully funded via Kickstarter 18 months ago, is only the beginning. Ubi learns as it interacts with a user, and updates help it continue to offer more services. Developers promise that it will eventually “understand you and augment your abilities.” This sounds suspiciously like Her.

Certainly, this kind of device will be common in the years to come, and may in many ways replace personal computers. I wouldn’t ditch my laptop just yet, but Ubi indicates a future in which I might be able to, cook, clean, or do some other hands-on task while simultaneously looking up information or making other adjustments to my environment. There’s a market for voice-activated computer interfaces, and Ubi seems poised to step into that gap and make a home for itself.

Right now, the developers are looking for people to join Project Odyssey, to help test out the device and give feedback that will shape additional applications. A writer at Tech Crunch tried the Ubi with generally positive results, but not perfect ones. Ubi is a little finicky, often requiring the user to repeat information and commands, and takes a long time to respond (though, in all fairness, the user did indicate that the Wi-Fi connection was slow, which certainly garners my sympathy). Ubi also can be hacked or reprogrammed for other uses, which opens it up to almost infinite uses. It’s probably not a device that you will fall in love with, at least not yet. 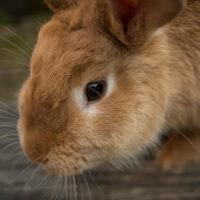