An asteroid named 2021 NY1 is causing some people at NASA to sweat a little. It is currently heading for Earth, and while it will most likely pass without any issues, the agency classified it as a Near-Earth Object due to the possibility of it being problematic if it were to hit our planet.

NASA is currently keeping a close eye on the asteroid to make sure it passes and does not become a hazardous problem for us earthlings. Experts estimate that it is currently moving at 21,000 miles — or 33,790 kilometers — per hour. The asteroid’s speed is significant, especially for its size. The rocky body is between 427 and 984 feet — or 130 and 299 meters — wide.

The asteroid is supposed to pass Earth on September 22, so we will learn soon enough if there’s any threat of it striking the planet. At its closest, the asteroid is expected to get between 930,487 miles or 1,497,473 kilometers of Earth. That is significant as NASA classifies a Near-Earth Object to approach less than 1.3 times the distance between Earth to the sun. So, to get a better idea of the relation of things, the planet is roughly 240,000 miles or 386,242 kilometers away from the moon and 93 million miles or 149,668,992 kilometers from the sun.

While warning us of a possible asteroid strike is an obvious motivation for NASA’s interest in asteroids and comets, there is another reason behind these observations. Both asteroids and comets are remnants from planets that are billions of years old, giving scientists a window into studying the universe in ways they would otherwise be unable.

SpaceReferences.org has plenty of fun facts about the asteroid. It rotates around the sun every 1,400 days (3.83 years). The size is considered to be between small to average-sized. 2021 NY1 was compared to a school bus, maybe slightly smaller than one. It even offers an artistic rendering to give a visual representation of its look as it hangs above New York City. The next time that the asteroid will become a Near-Earth Object again will be on September 23, 2105. At that time, it is estimated to be approximately 1,646,880 miles (or 2,650,398 kilometers) away from Earth.

NASA always has an eye out for potentially lethal impacts from asteroids. Back in March, the agency ruled out the threat of 99942 Apophis. It was estimated to pose a threat in 2029, then pushed to 2036, then further out to 2068, and now scientists think it will not come close for at least another 100 years. New technology to track asteroids and comets makes it easier to determine trajectories. Another threat was Bennu, but now we should be in the clear for over 100 years until roughly 2135.

For those who are worried, or simply curious, NASA keeps its information open about Near-Earth Objects. News is frequently updated as new estimates are made on an asteroid and its current trajectory toward our planet. 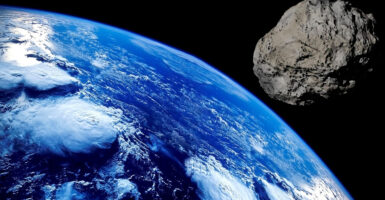 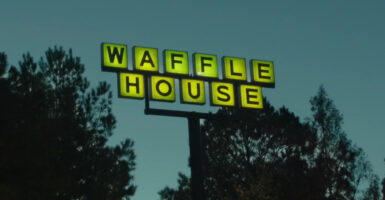 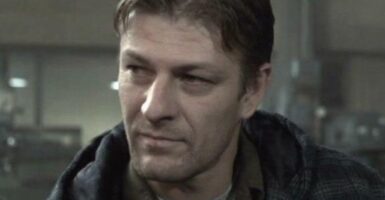