I first learned about the mantis shrimp on the Oatmeal, and have been a fan ever since. As noted in the comic, the mantis shrimp is a holy underwater terror. It shoots its front leg/claw thingies at prey with the force of a gunshot. If it misses its prey, the force of that explosive motion still kills them, as it boils the water around them (emitting light in the process). Seriously, check out the videos below. These things are no joke — they can even bust the glass of an aquarium if one’s foolish enough to try and contain them. One of the most impressive characteristics of the mantis shrimp is its ability to see colors we can’t even comprehend. It can also see ultraviolet light, which we can’t. New research reveals that the mantis shrimp can see polarized light too, which essentially means that they can see cancer — an ability scientists are harnessing in new detection technologies.

Researchers from the University of Queensland have observed mantis shrimps’ ability to detect polarized light, light which looks different depending on what it’s reflecting. In this case, light that reflects off cancerous tissue looks different than light that reflects off healthy tissue. In yet another example of science taking a cue from nature, scientists have developed a camera that uses the same idea to detect cancers. Their ultimate goal is to make this camera small enough to put into smartphones so people can screen themselves at home.

Scientists studied the eyes of mantis shrimp and discovered ommatidia, photocells capable of filtering polarized light. To replicate the ability, scientists created ommatidia from aluminum nanowires, which they set on top of photodiodes that convert light into electrical impulses. The wires can also “see” cancer, and then can send that message via electricity. Preliminary studies indicate that the technology has given scientists a peek into the neuronal activity of mice, as well as the ability to detect cancer early on. 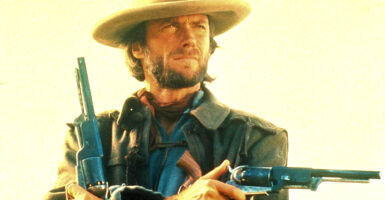