Limb regeneration has been studied in animals for many years, but scientists might be closer than ever to bringing that possibility to humans.

Scientists have studied the mechanisms of limb regeneration for more than 200 years, particularly in salamanders, hoping to one day prompt more ample regeneration in humans. Salamanders can reconstruct complex parts including bones, joints, and even limbs in their entirety. In 2019, Ken Muneoka, a Texas A&M University College of Veterinary Medicine and Biomedical Sciences professor, demonstrated in a revolutionary publication that joint regeneration in mammals was possible. Now, according to Chem Helps, Muneoka and his team are challenging century-old beliefs about the underlying science of the subject, specifically in relation to what is needed for mammals to regrow lost body parts.

The study of limb regeneration in species such as salamanders and starfish has led to the common belief by scientists that the most significant factor in the process is the presence of nerves. Although that may be true with those particular species, it’s not the case for mammals. One study by Ken Muneoka, published last year in November in the Journal of Bone and Mineral Research, determined mechanical loading (the ability to apply force on or with an affected area) is necessary for regenerating a lost body part. For example, mice would lose their ability to regenerate their digit tips if they were unable to walk on the affected limb, suggesting use and physical pressure plays a critical role in mammal regeneration.

A second paper by Muneoka, published early this year on June 2022 in Developmental Biology, established the exclusion of nerves does not hinder limb regeneration. Mice can still regrow their digit tips even without the presence of nerves in their affected digit, the process is just a bit slower. This suggests nerves aren’t necessary for mammal regeneration.

Since first beginning to look at regeneration more than 20 years ago, several of Muneoka’s ideas have pushed back against established theories on the subject. These recent findings by Muneoka and his team challenge the generally received theories related to limb regeneration. “What these two studies show counteracts the two-century-old dogma that you need nerves to regenerate,” Muneoka said. “What replaces it in mammals is that you need mechanical loading, not nerves.”

Although it took Muneoka and his team almost three years to get the papers published because they initially attempted to submit them together, they may be the key to bringing limb regeneration one step closer to reality. Of course, Muneoka was quick to note that his studies aren’t in any way stating that previous research was wrong, just that it doesn’t directly apply to humans.

Now that it’s been established that nerves aren’t essential for limb regeneration in mammals, one has to wonder what the point of regenerating a lost body part is if a person is unable to feel or control it without the presence of nerves. With that said, nerves are still an integral part of the study of limb regeneration, even if they aren’t required in the process.

For years, scientists have been able to recreate growth factors that nerves produce, which has allowed researchers to start limb regeneration in salamanders, even without the nerves being present. Scientists have achieved the regeneration process by tricking the body into thinking the nerves are still present.  Now, with Muneoka’s new findings, they’ll also need to convince the body that there’s a mechanical load which is something that hasn’t been done before. Regardless, it looks like we’re closer than ever to limb regeneration in humans, which is an extraordinary accomplishment! 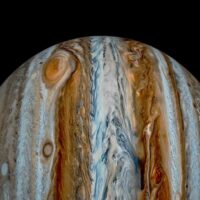 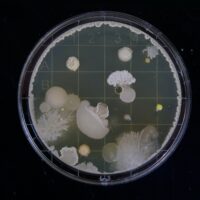 Scientists Just Found Living Organisms From Over 800 Million Years Ago