Typically when we are given strict kill orders around a bug insect you would probably conjure up the image of a deadly stinging bee or hornet, or maybe the nuisance and itch-inducing mosquito. But now government officials are saying that we need to be on the lookout for another type of insect, and if we see them the orders are to kill them on site. And don’t just stop there, take out their friends, family, babies, and eggs as well. Leave nothing alive. That’s right, the spotted lanternfly is insect public enemy number one right now.

The issue with the spotted latternfly right now isn’t that they are any kind of short-term threat to humans, seeing as how they don’t bite or sting at all. But in the United States, they are an invasive species that can populate and breed very quickly, overrunning some trees and flowers in certain areas and creating an environmental mess. The Animal and Plant Health Inspection Services have advised continued vigilance around checking plants and trees in local areas to look for signs of lanternflies breeding. The official recommendation is to kill any you see and also scrape eggs off of trees and choke them out in plastic bags.

This no-mercy approach to the spotted lanternfly stems from the environmental ramifications of what happens to growth in areas where the insect is breeding en masse. That is because they are eating up all kinds of crops in certain areas including apple orchards, grape plants in wine regions, and hop farms as well. This, among other issues, is leading to the spotted lanternfly starting to decimate businesses in their wake. This is in addition to killing a number of different tree species as well.

The large-scale damage the lanternfly can cause is no laughing matter. Will whole subsets of growth industries being threatened on the agricultural level, there is a strong incentive to try to curb their spread now. It isn’t just the food industry that is worried right now. Landscaping companies and timber distributors are under attack from the little bugger as well.

And the lanternfly doesn’t just stop at taking out whole sections of the American food economy. They also leave behind a little calling card of sorts. The lanternfly secretes an oozy substance that coats everything from trees, to decks, to playground equipment and walkways. It is a sticky secretion that has a sweeter smell. This stuff is not harmful to humans, ringing just more on the gross and annoying side of things.

This is gearing up to be lanternfly season throughout the Northeast of the United States. This is breeding season for the insect with their hatchings coming in the early fall. That is why officials are offering such harsh guidance now about what to do when the lanternfly is spotted in an area. This is the time of year when one would see the eggs taking form on the trunks of trees. Kill those suckers folks! 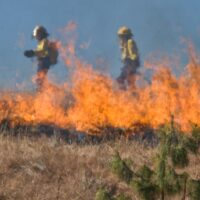 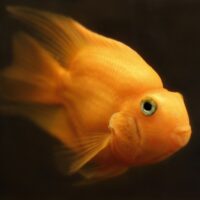