Land The Curiosity Rover On Mars Right Now With Your Xbox

The days are ticking away until the Mars Science Laboratory, or Curiosity rover, makes an extremely complicated landing on the surface of Mars. NASA has promoted the mission pretty hard over the last year with everything from allowing people to send their names to the Mars via digital storage on the rover itself, to several NASA Social events slated to celebrate its arrival this August. In what is probably the coolest promotion for an unmanned scientific mission ever, NASA Jet Propulsion Laboratory, in partnership with Microsoft and Smoking Gun Interactive, has released Mars Rover Landing, a new Kinect game available for free through Xbox Live.

The game allows players the opportunity (no pun intended) to control the craft during what has been referred to as the “7 minutes of Terror” as the craft enters the Martian atmosphere, deploys chutes and then lowers the Curiosity rover on a sky crane while making a propulsive landing. Being a simulation of the landing, it’s no surprise that Mars Rover Landing is a relatively short game. Using the Kinect, you first keep the craft in the appropriate position during atmospheric entry with a mean game of hokey pokey, and then open the chutes by using perfectly timed swipes of your hand. After that, you use your hands as throttles on the propulsive landing portion to try and get your lander into the bulls eye targeting zone before running out of fuel sort of like a Kinect version of the old Atari game Lunar Lander. If you are good enough, you’ll end up winning some awards in the form of a hat, shirt, and something called “Mars surface pants” for your Xbox Avatar.

Being that it is a Kinect game, it is not the most accurate at figuring out what you are doing at any given time, but the graphics are surprisingly good and the price is right for a quick try at landing the multimillion dollar piece of science equipment. Along with the game, it also features a video walking you through the launch and landing of Curiosity and slideshows that showcase some facts about the mission. Another neat little addition is a running countdown on the title screen that tells you how long you have to wait to see the live coverage from NASA TV that will also be streaming through your Xbox. If you don’t have a Kinect then sorry, no science for you.

Love or hate the Kinect, this step up in promotion from NASA is long overdue. I can’t wait to see what they do once we finally start sending people up in American made space craft again. Until then, we’ll just ponder the existence of “Mars surface pants”. 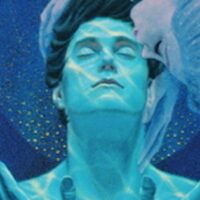