Scientists are always in the pursuit of testing hypotheses to better our lives through the practice of the scientific method. Also, they are hard at work in creating technology that is meant to better our lives. However, sometimes scientists should take a deeper look at what they are doing. Apparently, none of these big brain tech companies have ever seen Terminator films. Now scientists at the University of California, Santa Barbara, have created a jumping robot that can leap more than 30 meters into the air. That is equivalent to a 10-story building. This robot has obliterated the world record too.

Scientists who are constantly evolving the discipline of robotics often take what they can from the animal kingdom and attempt to apply them to robotics. Why? Well, apparently, they want to make sure when the robot takeover happens, these robots can take humans out without any issues. This new jumping robot was modeled after a primate called the galago. This squirrel-sized primate can apparently jump 2.3 meters from a standstill on the ground. This is something that the scientists wanted to replicate. That way if humans are standing on top of buildings to hide from crazed A.I., these robots will have no issues clearing skyscrapers to get them. You can see the robot in action below:

The science behind this jumping robot is quite fascinating, in that the robotics team also used what is known as an “actuator” to allow the robot to jump so high into the air. The cricket uses an actuator in its legs, the same way in which this robot operates. However, most animals and bugs that jump great heights can only do so depending on how their muscle operators are or the stored energy they can use in their limbs. This robot is able to jump record-breaking heights because of the motor that can smash the actuator down a couple more times than would be possible for a lifeform with muscles or joints. The actuator essentially operates as if you had compressed a spring. You squeeze it down, and then it flies up because of the spring’s stored energy. This is how the actuator on the robot is used. Stored energy.

This jumping robot uses sophisticated lightweight legs that are designed essentially for jumping. The actuator is then made up of several spring-like appendages and a small motor that compresses those appendages down before releasing a chaotic amount of stored energy, which results in launching the robot some 32.9 meters into the air. The video compares this height as taller than the Christ the Redeemer statue in Brazil.

We understand that a jumping robot like this could be used for the betterment of humanity as well. Someone might be stuck on a roof with no way out, and this robot can be launched to a roof with much-needed supplies. At least that is the hope behind creating such an odd robot. Hopefully, A.I. doesn’t become self-aware and turn all these technological wonders against us. Things could get really bad if that’s the case. 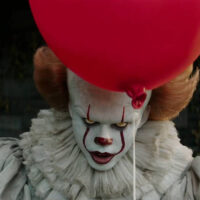 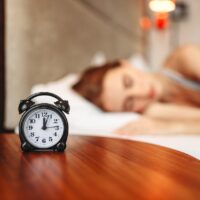 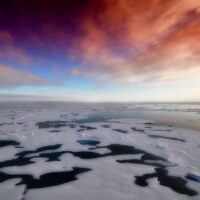 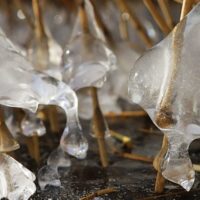