Ever since the dawn of time, or at least the dawn of humanity, a brutal war has been waged between man and nature. Admittedly, our earliest ancestors, recognized as Homo sapiens, used nothing but pointy sticks to fight off megaflora and megafauna of that period, proving that survival is possible even in the most inopportune of conditions. In the latest news, a Florida man demonstrated his bravery when he trapped a massive alligator using nothing more but his wits and a trash can.

Originally posted on Twitter, the video shows a Florida man, one Abdul Gene Malik, an Army veteran, trapping an alligator in his front yard, using what appears to be a city-issued trash can and some vocal assistance from bystanders witnessing the event. Though not advisable under any conditions, many consider Malik’s approach as a blueprint for catching alligators with a trash can. Malik positioned a tipped-over trash bin, with its lid open, towards the alligator, effectively grabbing the animal’s attention. However, instead of turning tail, the alligator hisses at the plastic trash receptacle in an attempt to scare it off, hoping that this new type of challenger will back down first. You can see what happened next in the Twitter video below:

As neither the alligator nor its previously unknown natural predator, the trash can, didn’t back down, Abdul Gene Malik swung the bin’s lid down, hitting the alligator in the head. This move comedically looked like the jaws of some type of snarling beast attempting to bite down on the reptilian predator, which prompted the animal to fight back and rush into the trash bin, and ultimately to its safe restraint. Onlookers and bystanders screamed and cheered as Malik tipped the trash can up, capturing the alligator until Animal Control or some other agency could come and take care of the now-trapped animal.

Readers should keep in mind that capturing alligators with trash cans or other household items and tools is highly dangerous and shouldn’t be attempted under any circumstances. Abdul Gene Malik’s bravery notwithstanding, the man’s encounter looked to be with a young alligator, which still hadn’t reached its mature size and strength. Adult alligators can get up to 15 feet in length, often weighing well over 1000 lbs, and should be avoided at all costs. Unfortunately, many of them have found their home in Florida’s waterways and semi-tropical landscape. However, their cousins, the caimans, have also made Florida their home.

Due to the inferior quality of the posted video, it’s hard to distinguish whether Malik had trapped an actual young alligator or an adult caiman, which is approximately 6.6 to 8.2 feet long. Just like their more giant relatives, the alligators, caimans are also ferociously predatory animals that hunt insects, birds, small mammals, and other reptiles, with very few natural predators within their environments. Apart from humans and their trash bins, of course. Whether Malik encountered an actual alligator or some other member of the Alligatoridae family remains to be seen. In the meantime, this isn’t the only Man vs. Wild home video that appeared on Twitter – six months ago, a man threw a bobcat in defense of his wife. 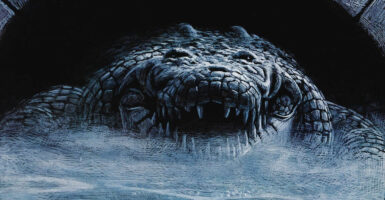 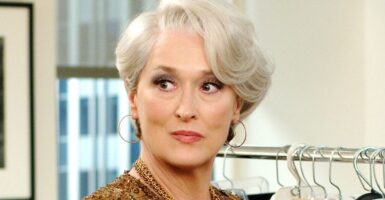 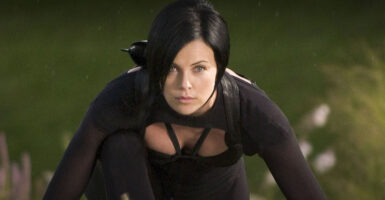