The sad truth we must face is that most of us will probably never get to set foot on the moon. You never know, it might surprise me and the exploration of space may begin to advance faster than it has in decades, but even then, for most of us, it’s just a fond daydream. But a daydream can still be something special, especially when aided by this frankly gorgeous video that takes us on a flyby tour of the surface of the moon.

Dubbed “From the Earth to the Moon,” the three-minute video is compiled from images and topographical data gathered from the NASA Lunar Reconnaissance Orbiter and other sources. It is just about as close as we can get to exploring the vast stretches of the moon’s surface that have never felt a footfall. Here’s a bit of description about the video:

‘From the Earth to the Moon’ is a brief, but vivid video and audio recording that Provides an inspirational view of the lunar surface, which humans have not visited since 1972, despite being the best and most accessible place in the solar system to explore the fundamental principles of our origins; Highlights vast portions of the lunar surface that have yet to be explored; and Demonstrates how new images are revealing dramatic details of future landing sites suitable for both robotic and human missions.

Coupled with a genuinely beautiful bit of music, it’s enough for an old dreamer like me to want to kick back, look up, and imagine what’s out there. 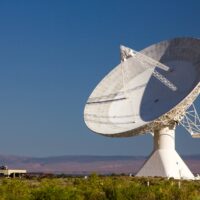