Google is nothing if not ambitious. But all of their existing products, including the futuristic Google Glass, pale in comparison to the scale of their next venture: curing death.

In the September 30 issue of Time Magazine, Google CEO and co-founder, Larry Page, details the company’s decision to start Calico, a new life sciences company that aims to solve major problems associated with health care. One could say that HIV, health insurance, or antibiotic-resistant organisms qualify as major health care problems, but Calico cuts straight to the heart, identifying human mortality as the biggest issue. As Page puts it, Calico’s main goal is the “challenge of aging.”

So far, Google’s been quiet about the details. They did name a CEO for Calico—Art Levinson, who used to be the head of Genentech, a biotech firm focused on the use of human genetics to develop medicines. He’s currently chairman of the board at Genentech, as well as a little company called Apple. You may have heard of them.

Calico, however, will be its own entity. Page doesn’t want it to simply be an extension of Google, or any other company. Instead, Calico will work on “solving” the problem of aging and age-related illness. What that means, exactly, isn’t quite clear. Calico intends to focus on what they believe will be the biggest issues 10-20 years from now, so that when we reach that point, they’ll have something specific and ready to offer. Sure, a cure for cancer would be nice, but they’re dreaming even bigger than that. While curing cancer would statistically add roughly three years to the average life expectancy, and would certainly have a global impact. “When you really take a step back and look at it, yeah, there are many, many tragic cases of cancer, and it’s very, very sad, but in the aggregate, it’s not as big an advance as you might think,” says Page.

This announcement sheds light on Google’s decision to appoint Ray Kurzweil as director of engineering. Kurzweil, among other things, advocates immortality and predicts that by 2045, we will have reached something called the “singularity”—the point at which humans must augment their minds and bodies to keep up with artificial intelligence. Google has long been invested in these ideas. Back in 2008 they donated $250,000 to help establish Singularity University, whose mission is “to educate, inspire and empower leaders to apply exponential technologies to address humanity’s grand challenges.” One of those grand challenges, of course, is aging. Kurzweil and other transhumanists (these are people who believe in and look forward to the singularity) support projects such as making human simulations, mapping neurons, harnessing the learning power of machines, genetic modification, virtual reality, and nanotechnology, which includes using nanobots to enhance people’s health from the inside out. Now that the Calico cat is out of the bag, Kurzweil’s involvement makes sense on a big-picture scale, and you can bet that his vision will inform Calico’s trajectory.

Of course, these ideas are controversial. What about overpopulation? What about the class divisions? Who would be able to afford anti-aging technologies, and what will that do to already existing socio-economic gaps? And what about the value of mortality? Even the cylons realized that being able to resurrect themselves cheapened life, and some of them chose to be mortal. And they’re the bad guys.

Regardless of the various opinions about aging and the fight to stop it, this is a topic that will only increase in prominence as the future becomes the present. And it’s not at all surprising to see Google in that mix. 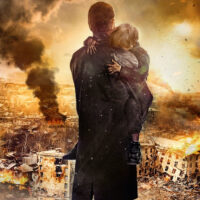 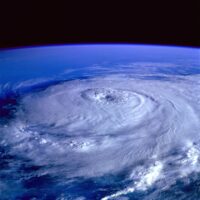