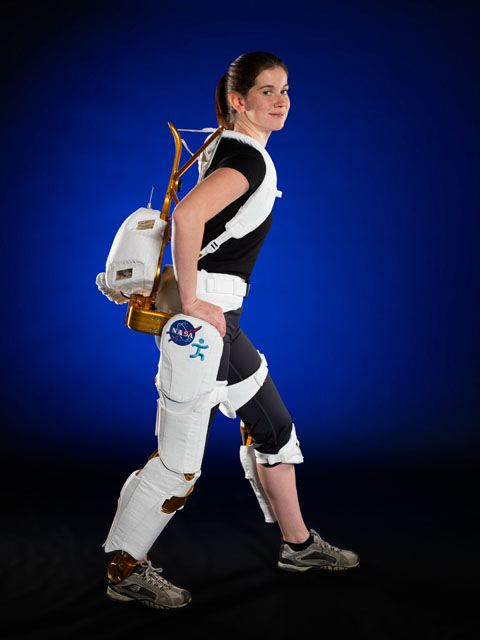 While Elysium raises some frightening possibilities about the implications of the class divide, it did present a pretty awesome futuristic possibility in Matt Damon’s exoskeleton. A possibility that, like so many others from sci-fi, seems poised to become reality.

NASA, along with engineers from Oceaneering Space Systems of Houston and the Florida Institute for Human and Machine Cognition, is developing the X1 Robotic Exoskeleton, intended to make astronauts more like Iron Man.

The device weighs 57 pounds and attaches to the astronaut via a back and shoulder harness and fittings over the legs. The knee and hip joints are motorized, and the exoskeleton has other passive joints that enable turning, flexing, and other adaptive and reactive movements. All told, it has 10 joints or degrees of freedom.

The suit could be used in “inhibit mode” to help astronauts exercise in zero or microgravity by increasing resistance, which is important because muscles degrade in weightlessness. In fact, our muscles are designed to work with gravity and to keep us upright and balanced, and studies show that astronauts lose muscle mass and tend never to regain it. Scientists continue to study the effects of zero gravity on humans (and worms), and the exoskeleton is one way to ameliorate the negative effects. The device can also record data from astronaut exercise sessions and send it back to Earth for medical review. 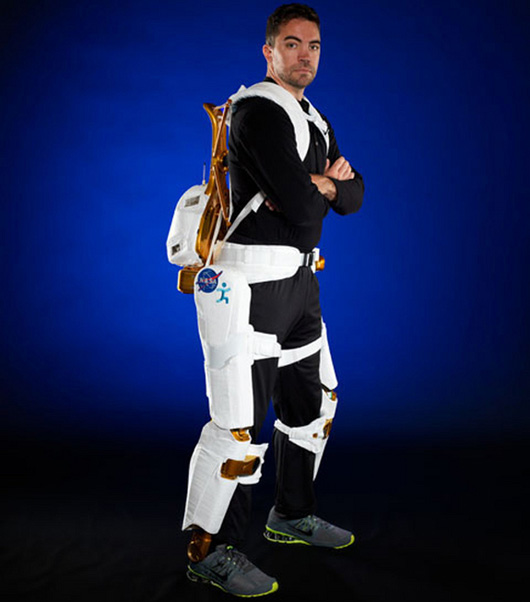 Deep space, though, is where the exoskeleton could give astronauts something more akin to superpowers. The suit is capable of providing “a robotic power boost” to astronauts, helping them maneuver and providing more stability than a space suit alone.

Folks back on Earth could benefit from the device as well—it doesn’t need to be in zero gravity to help someone walk, especially over rough terrain or stairs. It could also be used in rehabilitation or to offset heavy weight loads. Currently, the exoskeleton is still in a research and development phase and is undergoing evaluation for potential uses and improvement. They already plan on adding additional joints that will enable the astronauts to do the funky chicken in deep space.