A DIY Drone Shoots Paintballs On Its Way To Global Domination

Disinformation is a New York company which tells you in all kinds of ways that “Everything You Know Is Wrong,” while pulling the wool of global bureaucracy from over your blind eyes. I say that mockingly, but I’ve followed them on and off for well over a decade. It’s only gotten more interesting as time has gone by, and the world’s corruption has finally caught up with how corrupted we’ve been told it was all along. Though the Internet is filled with things like this now, they were one of the more prominent outfits to embrace all forms of media to get their point across.

Here comes the non-prodigious Dangerous Information, which asks the dangerously informative questions: “Is information dangerous?” The simple answer is, “No shit it’s dangerous.” UFC fight stats? Not dangerous information. Detailed information on how to cripple the world’s economy with an iPad? Dangerous. Danger Info recently dropped an info bomb warning the world just how potentially apocalyptic DIY drones can, and will, be, if put into the wrong hands. Or the right hands. Due to the switch from British female voiceover to digitally manipulated male voice — belonging to a handkerchief-masked bandit performing the experiment — I can’t tell what the cheekiness factor of this video is. Watch for yourself and judge.

To say that people might use this Laff a Lympics vehicle in a way that is against what the manufacturer intended is kind of obvious, seeing as how they’re showing people how to do something that goes against the manufacturer’s wishes. While I’m sure this might give a single mother of three schoolchildren some paranoid nightmares, the chances of this causing destruction across the nation are slim. People change the intended uses of all kinds of items. Say, a cucumber or a vacuum cleaner. Theoretically, almost any remote-controlled flying device could be used in a dangerous manner, and probably have been at some point.

Personally, I’d like to see Nerf patent something in this vein, or even a paintball company. I see backyard American Gladiators shit happening. I’ve got long black hair, so obviously I’ll be Gemini. (Joke.)

These guys have two other videos on their YouTube site about lock picking and growing medical marijuana. I think we can safely assume these are the guys replacing bibles in hotel rooms with stapled together copies of The Anarchist Cookbook. Please, people, be smart. Don’t wear handkerchiefs over your face. It makes you look like a jackass. 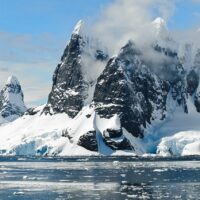