A dismembered foot was found still in a shoe at the Yellowstone National Park, and the authorities have begun an investigation to determine what happened.

Yellowstone is home to many bubbling hot springs, which can liquify anyone that happens to fall in. That may not be what has happened recently, but it was announced that a dismembered foot was found still in its shoe in one of the hot springs at the national park. Authorities working at the park found the foot floating in the Abyss Pool, which is located near the West Thumb of Yellowstone Lake. This hot spring is 53 feet deep and reaches up to 60 degrees Celsius (140 degrees Fahrenheit). An investigation has been started on how or what caused the foot to remain there.

One theory is that someone had fallen into one of the hot springs, and their body had dissolved, all but the dismembered foot. That is a tragic way to go. This is now the first time that this has happened at Yellowstone. In fact, more people die by falling into these springs than anything else, according to the website for the park. Back in 2016, a man had fallen into a hot spring, but his body was not able to be recovered. The 23-year-old had fallen into one of the many hot springs and died almost instantly. His body remained in the hot spring, and a thunderstorm prevented the park rangers from being able to retrieve the body. When they returned the next day, only his wallet and flip-flops remained. This could be what happened to the person whose foot was recently found.

Another theory is the wildlife that roams the area could have had a part to play. There are plenty of bears, bison, wolves, and elk that are known to attack people who visit Yellowstone. The safety warnings posted on the site state to stay at least 25 yards away from any animal seen. However, people are often wanting to get closer to get photos and videos. Those photos and videos often result in horrific injuries and death. The dismembered foot could have come from some lonely hiker who got a little too close to the wildlife in the area. So far, the investigation has stated that no foul play is suspected.

The dismembered foot was found on August 16th, with the time of the incident being flagged around July 31st. Should this person have fallen into one of the hot springs, it would have likely dissolved the body much quicker than two weeks’ time. This could mean that an animal could have been the case of death for this poor patron. Well, this is assuming whoever the foot belongs to died. For all we know, the person could have had to saw their foot off to escape the clutches of an animal or to keep themselves from falling into the hot springs.

The Abyss Pool was closed for a brief period, but it has since reopened. The investigation into the dismembered foot is still ongoing. Yellowstone National Park has since published a press release about the incident, though the investigation has not yet closed. If someone is missing and had been hiking in that area, we would hope their family has been informed of the incident. 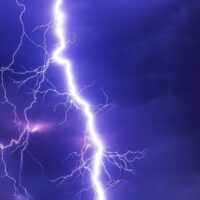 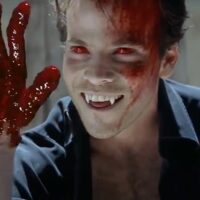