Solar geoengineering means that we can potentially combat climate by releasing sulfur dioxide into the atmosphere.

It would seem that we as a planet are looking for any possibility to slow down and, ultimately, put an end to climate change. After better understanding the absolutely devastating effects that the path we’re going down could lead to in the future, many leaders are beginning to believe that now is the time to take action by any means necessary. The newest suggestion would have countries spraying chemicals into the sky in order to better block out the sun’s ever-oppressive rays.

According to CNBC, the White House has begun to research the idea, which is being referred to as “solar geoengineering.” The climate change study will take place over five years and will help those in charge better understand the new possibility. While it may sound completely off base and like something out of a science fiction story, top scientists believe that this process could be one of our best chances at survival.

While it’s clear that this method may bring about its own issues for the planet and those living on it, it seems that in many ways, we’re in dire straits, making this a real possibility. With folks in the know like Chris Sacca, the founder of the climate tech investment fund, Lowercarbon Capital, explaining to CNBC, that the process could in fact “safeguard the livelihoods of billions of people,” the potential for a real step forward seems to be within reach.

On the other hand, there are folks like Janos Pasztor, who serves as the executive director of the Carnegie Climate Governance Initiative, who believe that the only real answer is cutting down on what we’re currently producing and putting back into the atmosphere via emissions.

So what would this step towards ending climate change look like? One possibility is using sulfur dioxide. Depending on where you live in the world, you may recognize this extremely unpleasant odor, as it’s the chemical that ejects from coal factory smokestacks and shoots out of volcanoes.

We know what you’re thinking. Wouldn’t using sulfur dioxide do just as much harm as good? After all, the pollutant is one of the chemicals that we’re trying to battle in our ongoing struggle with climate change, even cutting down on coal production to help clear up its effects.

Well, it seems as though sulfur dioxide would be just one of the many possible ideas used when it comes to cutting out sunlight and fighting for an end to climate change. Another option lies in marine cloud brightening. In this case, the clouds would be injected with sea salt, therefore cutting down on their reflectivity.

No matter what the case and how much it may resemble Adam McKay’s Don’t Look Up, it’s clear that those in charge are making moves for something to be done. With everyone, including celebrities, talking about the long-lasting and possibly Earth-ending effects of climate change, choices must be made.

The major downside to a move as bold as shooting particles into the air in hopes of cutting down climate change is that we won’t truly know what could happen until the act is carried out. While there’s the hope that with research we could better control the situation, there are also lots of things that could go wrong with such risky maneuvers. 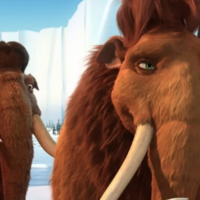 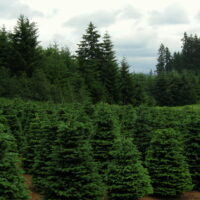