At first glance, you might think this was George Lucas’ home entertainment center on Skywalker Ranch. This amazing Star Wars home theater set up doesn’t belong to George Lucas but rather a couple of Star Wars fanatics from Seattle, Washington. 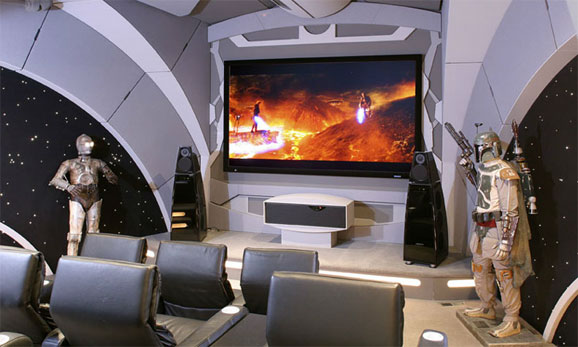 The entrance to this theater is covered in framed posters from the first animated Clone Wars series and The Phantom Menace. It opens to three framed posters of the original trilogy. 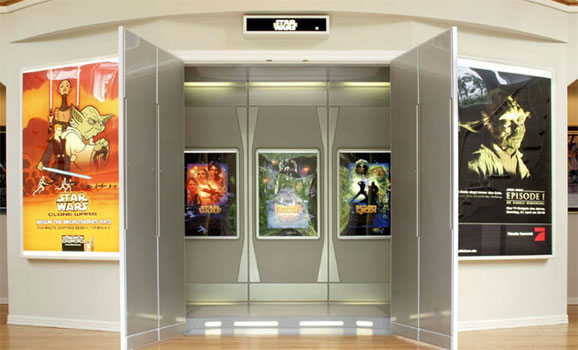 The theater space itself was modeled after the command deck on an Imperial Star Destroyer from The Empire Strikes Back. 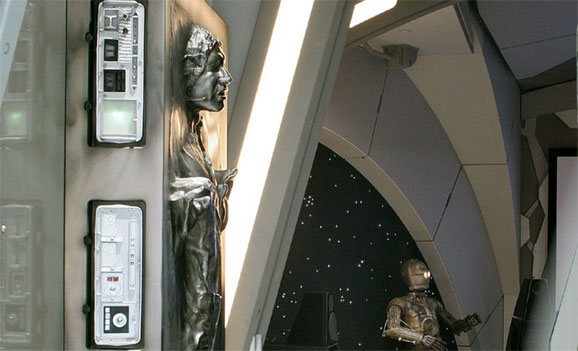 The hardware in this theater is no joke. It looks like something out of George Lucas’ MTV Cribs. It uses a Pioneer Laserdisc Player, Meridian 800 DVD Player, Meridian 861 Preamp, Crestron Theater Remote and a Monster HTS3600 Power Center equipped in the theater. There are also a three rows of Cinematech Valentino Chair seating and complete THX compatible surround sound.

There’s also a pretty cool theater setup in the master bedroom with a Runco VX1000C DLP projector and a Stewart ST130 drop down screen. Plus there’s a Star Wars themed gaming room with Star Wars video games, Star Wars pinball and a billiard table. And what game room isn’t complete without a life-sized Sulley from Monsters Inc. statue in the corner. 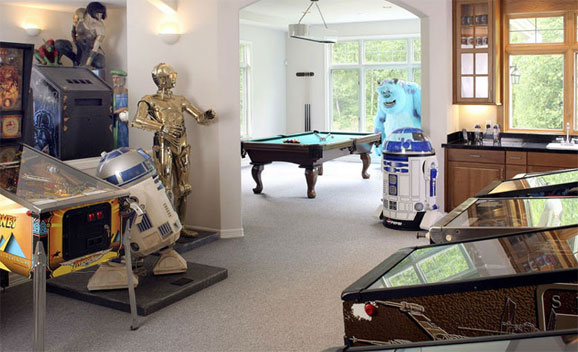 Along with this incredibly impressive home entertainment setup, their home is covered with Star Wars memorabilia. This house has everything a full sized carbonite frozen Han Solo, a Boba Fett costume, C-3PO and multiple R2-D2s. It’s kind of like living in a Star Wars museum.

Check out dozens of other photos showcasing their Star Wars home theater setup where they originated on Modern Home Theater. 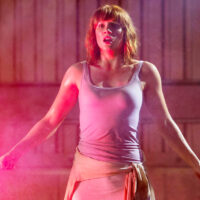 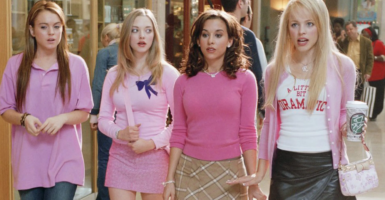 A Mean Girls Star Says The Sequel Will Never, Ever Happen 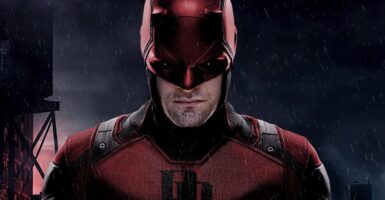 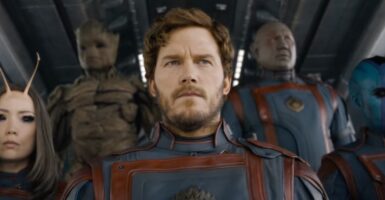 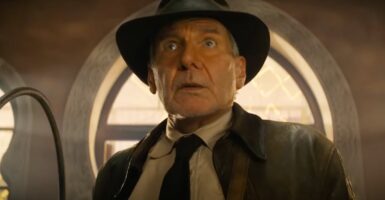