In 2015, an asteroid shaped like a skull and dubbed The Great Pumpkin passed Earth on Halloween.

Now that we are in November and autumn is in full swing, many families are reminiscing about their Halloween and how many days kids will continue to eat their trick-or-treat candy. But even during a time filled with watching horror movies and decorating houses with ghosts and goblin fare, it’s always striking when the universe brings about its own sense of terror as it decides to spook the daylights out of its inhabitants. Such is the case on Halloween night back in 2015 when a creepy skull-shaped asteroid decided to fly by planet Earth, according to a report by Vice, and has since been referred to as “the Great Pumpkin” by those that witnessed its glory.

Also known as “the Halloween Asteroid,” the asteroid that flew across the Earth on Halloween night in 2015 was initially discovered about three weeks earlier by Panoramic Survey Telescope and Rapid Response System (Pan-STARRS), and it appeared to look like a normal asteroid at the time. However, once it got closer to Earth as Halloween arrived, scientists observed how much the asteroid resembled a skeletal head, which they found to be an odd coincidence given the spooky time of year that the asteroid chose to fly by the planet. They estimated that the asteroid was less than a half-mile in width and flew across space beyond the orbit of the Moon, not threatening our planet in any way but looking very scary with a skull shape nonetheless.

Named “the Great Pumpkin” after the popular Charles Schultz comic strip Peanuts, as well as its corresponding television special It’s the Great Pumpkin, Charlie Brown, the asteroid is nothing in comparison to recent developments flying about high above the Earth’s atmosphere. As if it’s a plot from the Ben Affleck and Bruce Willis film Armageddon or the 1998 disaster epic Deep Impact, scientists have recently discovered a set of asteroids that appear to be the size of what they refer to as “planet killers,” meaning they will destroy anything that they come into contact with. These asteroids are currently being studied and experiments are underway to try to change their trajectory, but many experts believe that the Near-Earth asteroids are a bit too close for comfort right now.

The 2015 asteroid that spooked those who saw it back then on Halloween may not pose a threat to Earth-like others currently do, but it’s just one of many phenomena in the solar system that scientists believe to be of the eerie variety. Reuters reported earlier this year about a zombie star that ended up surviving during a supernova blast, and is referred to as a zombie star due to the fact that it should be dead, but surviving the supernova brought it back to life. Scientists have long enjoyed naming these kinds of occurrences in space after spooky-sounding items, such as the Ghost Nebula, which is a set of clouds that form from interstellar dust reflecting light of a star that currently exist in the far northern sky constellation of Cepheus. 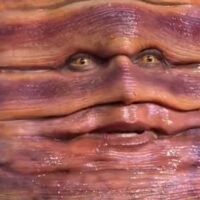 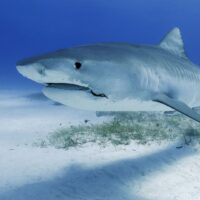