It seems to be that we are always hearing about rogue asteroids that are on a collision course with Earth. However, that might be because there are a ton of smart people monitoring these activities to alert the public in case, we should all duck and cover, or quite possibly say goodbye to our lives. Well, the latter might sound a bit morbid, but some of these asteroids are big enough that they could wipe out the planet completely. Thankfully, the newest 2021 QM1, has been downgraded to a “near miss” situation, when it had originally been on its way to hitting the planet sometime in 2052.

While it may seem a bit silly to think about an asteroid hitting the planet in 2052, the 2021 QM1 hitting Earth would be devastating. The asteroid is said to be 50 meters or 150 feet in diameter. Should it impact, it would have a force of six tons of TNT. To put that in perspective, it would be 400 times more powerful than the atomic bombs that had been dropped on Hiroshima. That would certainly be enough to destroy a large city and much more. There had been a 12-megaton asteroid that hit Earth over a remote part of the Siberia region. The impact flattened over 830 miles of forest, and three people were said to have died because of the impact. However, if that impact happened anywhere that was populated, that entire city, town, or state would essentially have been wiped off the map.

The 2021 QM1 had initially been discovered in August of 2021 at the Mount Lemmon observatory. It was discovered along with a dozen other asteroids. However, during Asteroid Day 2022 which took place in June of 2022, the ESA (European Space Agency) deemed that the 2021 QM1 asteroid would be completely safe and not strike the earth. Another asteroid by the name 2022, AE1, was also said to be on a collision course with the planet before it was recently deemed safe as well. The 70-meter asteroid is said to strike the moon before it would hit our planet. That might not seem like good news, considering the moon being destroyed might cause significant other damage to the planet, but it’s still good news.

Thankfully, there are scientists and astronomers that revolve their lives around studying the trajectory of rogue asteroids. They are meant to alert the planet should we be in any imminent danger. However, would the public go a bit crazy if they knew a giant asteroid was catapulting straight to Earth? Hopefully, they would not. Mass hysteria is always something to think about when there is a credible threat that cannot be vanquished by our modern technology.

For now, it seems that we are all safe. There are no asteroids that are set to collide with the planet, at least for now. Hopefully, if another asteroid strikes the planet, it will be seen like the one in the remote area of Siberia. Though it would be tragic for a giant forest to be wiped out, at least there would be no significant loss of life, assuming the animals there had the instinct to get out before it struck. 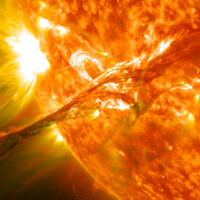 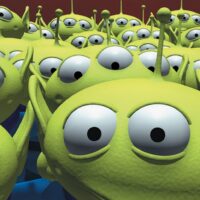