The always exciting field of cryptozoology may have just found a new star, which we will refer to as the “Amarillo creature.” According to various reports, a mysterious wolfman-like figure was captured on camera at a zoo in Amarillo, Texas. The figure was caught on a security camera on May 21 at approximately 1:25 AM, apparently inside a perimeter fence. The Amarillo creature did not have sufficiently identifying features to confirm whether it was indeed some kind of human-wolf hybrid either created by misguided science or by the lycanthropic power of the moon itself. However, the City of Amarillo did decide to stir the pot a bit by asking for any information about the creature on their official Twitter:

For the record, the Amarillo creature could indeed be someone without a firm grasp on modern fashion and a predilection for solitary nocturnal zoo walks. There is no way to prove a negative, so the possibility does have to be acknowledged. It is also possible that the UAO (Unidentified Amarillo Object, as it has been dubbed by the city) is an example of the legendary chupacabra. We have to say that is very unlikely, as descriptions of chupacabra typically describe the bloodsucking creature as either quadruped and doglike or as more lizard-like and not prone to wearing hats. The Amarillo creature is also unlikely to be a chupacabra, as they are not real.

Per Newsweek, the Parks and Recreation director of the City of Amarillo, Michael Kashuba, said the footage of the Amarillo creature was discovered by accident. The Amarillo Zoo has various strategically placed surveillance cameras around the property, and it was only by a random chance review of the footage that an employee noticed the figure. As one might expect, speculation as to the nature of the figure quickly exploded. Kashuba did also take care to note that as far as they can tell, the Amarillo creature did not gain entry to the zoo itself and no animals were harmed (another strike against the chupacabra theory, which again, is not a real thing).

According to Michael Kashuba, the appearance of the Amarillo creature also did not result in any known criminal activity or damage. We might speculate that the visitor to the perimeter of the zoo was in fact a benevolent creature, and had no mischief in mind. While the cryptozoological field mostly concerns itself with entities that generally seem hostile to humans and animals alike, it is always possible that there are some nice, so-far unclassified creatures out there.

If the Amarillo creature does appear again near the zoo, it could potentially create a local legend like that of the Jersey Devil of the Pine Barrens or the Sasquatch (or noble wood-ape) of the Pacific Northwest. Until the creature appears again to either wreak havoc upon Texas or merely to check out what the zoo has to offer, we can only speculate and dream of what it may be. But it’s definitely not a chupacabra. 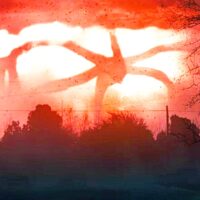 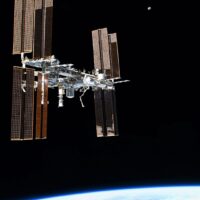