New Telescope Will Be First To Identify Alien Life

We are one step closer to finding a life outside of our own. Since its launching, last December, the James Webb Space Telescope (JWST) has been gearing up to seek out one of our biggest quests yet: alien life. As the telescope slowly but surely prepares itself for its otherworldly usage, astronomers are setting their sights on the grand prize. Never since the Hubble Space Telescope have we seen something of this extreme technology for space findings. To refresh your memory, the Hubble Space Telescope’s function and size put it miles beyond the rest. First launched into orbit in 1990, the Hubble answered many questions including a better understanding of the Earth’s age (estimated to be 13.7 billion years), the mass and size of the Milky Way, terrifying intel on black holes, and several other discoveries.

Now, making its way along to wow us even more than the Hubble, the JWST has an astonishing amount of bells and whistles. Through new technology, scientists believe the JWST will be able to sniff out planets set in orbit around faraway stars, and possibly even … alien life. But don’t get too ahead of yourself quite yet. At this point, astronomers are seeking to first find biosignatures before uncovering the possibility of life amongst the stars.

Biosignatures are considered to be any characteristic, element, molecule, substance, or feature that would point to the existence of life whether that be in the past or the present. For example, in recent history, there was a finding of phosphine in Venus’ atmosphere which could potentially lead to evidence of a microbial lifeform. Through using high-quality image technology, the JWST would be able to take a snapshot of a faraway planet and with that image, scientists could use wavelengths to hopefully uncover life.

As for full-blown alien life, it’s a toss-up as to whether the high-tech telescope could pick evidence up. Scientists and astrologers believe the easiest route to finding developed life forms would be to look no further than what we know about our planet. As a society, we are continuously pumping out heat from our corporations, homes, etc. as well as our electrically powered lights. The biggest sign we can find within our own atmosphere is from the chemicals that would otherwise have no place in the world without us.

And how could alien life find us? There’s a very probable chance that we will be (or have been) found out because of our pollution problems. The only positive here is that we can use our understanding on this subject as yet another way to keep an eye out for extraterrestrial life – if they have a telescope even stronger than the JWST. Due to the light produced by the Sun (we love you, please don’t burn out!), a telescope of the same force wouldn’t be able to see through the extreme brightness to the even more extreme holes in the ozone layer. But, would the aliens be our friends or would they be disappointed in how we’ve treated our planet? Will alien life even be found? Only time will tell, but for now, we are one day closer to finding out with the approaching launch of the James Webb Space Telescope. 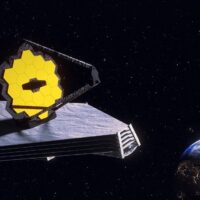 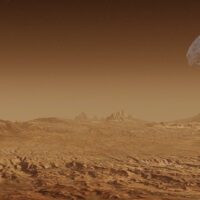