Forget the harsh conditions of Mars and Jupiter’s frigid moons; the latest front-runner as a possible place to find alien life is Enceladus, a minuscule moon that orbits Saturn. With diameter of 310 miles, it’s little more than a glorified asteroid, but what it lacks in size, it makes up with geysers of liquid water, a mysterious inner source of heat, an atmosphere, and most incredibly—organic material.

Nasa astrobiologist Chris McKay claims that “it just about ticks every box you have when it comes to looking for life on another world, it has got liquid water, organic material and a source of heat. It is hard to think of anything more enticing short of receiving a radio signal from aliens on Enceladus telling us to come and get them.”

Scientists at Edinburgh University, the Imperial College London, and Nasa are bubbling over with excitement with what they believe may be a geothermal energy source akin to Earth’s deep sea vents that create the enormous plumes of water vapor, ice particles, and complex organic compounds that spurt up from a liquid underground ocean through cracks in Enceladus’s surface.

Astrobiologist Professor Charles Cockell of Edinburgh University proclaims: “If someone gave me several billion dollars to build whatever space probe I wanted, I would have no hesitation, I would construct one that could fly to Saturn and collect samples from Enceladus. I would go there rather than Mars or the icy moons of Jupiter, such as Europa, despite encouraging signs that they could support life. Primitive, bacteria-like lifeforms may indeed exist on these worlds but they are probably buried deep below their surfaces and will be difficult to access. On Enceladus, if there are lifeforms, they will be easy to pick up. They will be pouring into space.”

The output of the water plumes is about the same as that of Old Faithful in Yellowstone. Incredibly, it has been discovered that these plumes pass through the thin atmosphere, get caught up in Saturn’s orbit, and create Saturn’s enormous and outermost ring.

For such a small moon, Enceladus is making a huge impact. Now, NASA is clamoring to send a probe after the success of Cassini, this time to return with samples. However, it took Cassini seven years to reach Enceladus. In addition to the twenty years it would take for a new probe to reach Saturn, scientists would need at least another decade to plan the mission and then construct the vessel.

If there is life, and if it has even the slightest hint of intelligence, wouldn’t it make sense to choose the veritable spa-like conditions of Enceladus over the blistering arctic conditions of Europa or Mars’ frozen underwater lakes? That is, unless it has a masochistic streak and likes to compete in polar bear swims at cryogenic temperatures… 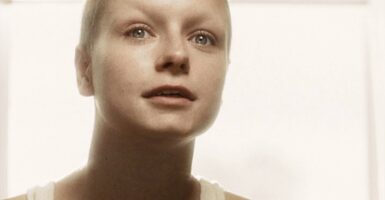 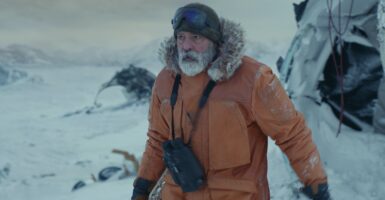