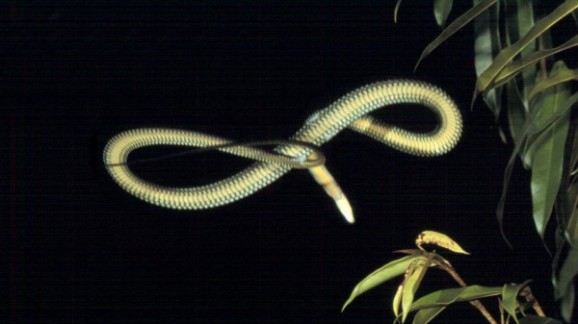 If you’ve never heard of flying snakes, well…I suppose something has to catch the flying squirrels, right? And I’d take flying snakes over flying spiders any day. Flying snakes have conventional movement skills — they undulate and slither and all that, but they can also climb up trees using the scales on their undersides and from there they can launch themselves from branch to branch, covering distances of 300 feet. Scientists have observed that they flatten their bodies to achieve maximum lift, somehow twisting and collapsing their ribs in a shape that looks from the side like a UFO. But the actual mechanics of the process has eluded scientists, and they’re using 3-D printing to help them figure it out.

Scientists don’t even fully understand why snakes fly in the first place. Escaping predators is a likely bet, as is evading land-bound predators, given that they can largely avoid traveling on the ground. They might even hunt via flight — if I were looking out for snakes, I probably wouldn’t think to look up. Whatever the reason(s), flying snakes exhibit an impressive mastery of aerodynamics, and biomechanists from Virginia Polytechnic Institute and State University in Blacksburg finally turned to technology to help them understand nature. 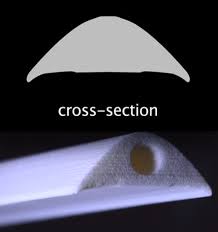 The researchers 3-D printed a rod meant to resemble a paradise tree snake (pictured above) with its ribs spread out for maximum gliding. They then put the rod in a water tank and used the motion of the water running over the rod to simulate the way air flows over and under a snake when it flies. They experimented with changing the speed of the moving water and with tilting the rods, trying in particular to test our previous theories that the snakes glide at an angle of roughly 25 degrees, with their tails lower than their heads. This would allow the angle to push air downward and buoy their bodies up.

In their paper published in the Journal of Experimental Biology, the researchers said that the undulating movement of flying snakes is the key — the undulations allow them to achieve the angle that best keeps them boosted. The snakes’ ability to undulate in the air and maintain this particular posture produces enough lift to actually explain its flying ability, which would be more accurately described as gliding, but for a long time and distance. The researchers also believe that their 3-D printed replicas don’t hold a candle to the real snakes when it comes to gliding abilities.

The researchers will continue to look into other reptilian techniques for achieving flight — maybe they could prove useful. I think they should use robotic snakes to gather information on them and learn their tricks. 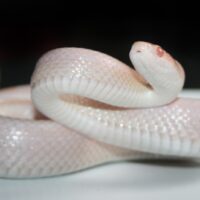 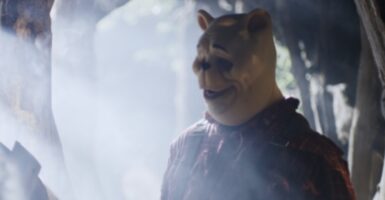 Winnie The Pooh Horror Movie Is Actually Getting A Sequel 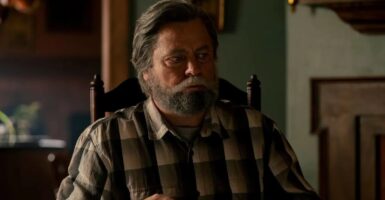 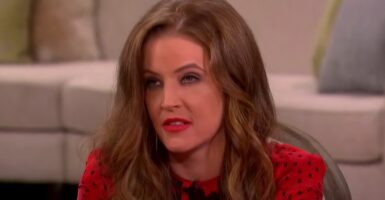 Family Members Are Already Fighting Over Lisa Marie Presley’s Will