The report comes from WowHead, who data mined the official World of Warcraft website, and discovered a new and as of yet inaccessible part of the site called “Dragonflight.” Among other things, the new sections appear to offer “Base,” “Heroic,” and “Epic” pre-purchase options for the expansion. In the past, Blizzard has offered different perks for different levels of pre-purchase, such as special mounts players can use in-game.

Unfortunately, for the time being there isn’t much else known about World of Warcraft: Dragonflight, though it seems more than likely it will focus on the titular NPCs. In Warcraft lore, there are five major Dragonflights — i.e. groups of dragons granted dominion over a specific aspect of of WoW‘s Azeroth. The Red Dragonflight oversees life itself, the Blues were given dominion over magic, the Bronze dragons were granted stewardship of time, the Greens over the Emerald Dream, and the Black dragons were given the earth.

The various Dragonflights have already had a major impact on the World of Warcraft narrative. In the game’s second expansion, Wrath of the Lich King, the Blue Dragonflight waged war on magic. Arguably no expansion had more to do with the dragons than the following entry — Cataclysm. The expansion was known for radically altering the landscape of Azeroth as well as allowing mounted, player-controlled flight in what became known as “Old World” — i.e. playable world that existed before the game’s first expansion, The Burning Crusade. The final boss of Cataclysm is the dragon Deathwing, who was formerly the head of the Black Dragonflight.

This is nothing but pure speculation, but it’s tempting to hope one possible aspect of World of Warcraft: Dragonflight could be something like the Covenant system the game introduced with its most recent expansion, Shadowlands. Shadowlands takes place in WoW‘s afterlife, and each player — once arriving at a certain point in the main storyline — must choose one of four covenants to join. Each covenant offers unique perks, repeatable quests, mounts, cosmetic gear, and more. Considering there are five major Dragonflights, it would seem natural to use something like the Covenant system.

World of Warcraft recently gave players the opportunity to witness the ending of the Shadowlands storyline with the final defeat of Zovaal the Jailer. As he dies, the Jailer says, “A cosmos divided will not survive what is to come.” Whatever Dragonflight has in store for WoW players, that quote will no doubt come into play.

Narratively speaking, it will be a challenge for Activision Blizzard to top the scope of World of Warcraft: Shadowlands. Past expansions have taken players to new continents, new worlds, new planes of existence, and even through time. With Shadowlands, players literally traveled to the lands of the dead. Wherever Dragonflight takes players, it better be big. 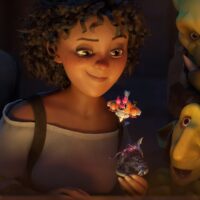