Wordle Sold For Millions To New York Times, Will It Still Be Free To Play?

Have you been scrolling Twitter or Facebook recently and noticed the green, yellow, and grey boxes flooding your timeline? If so, you likely already are familiar with the news game craze sweeping the nation. If you aren’t familiar, you likely will be very soon. Wordle, the website-only word game has seen a momentous uptick in users since its inception in October. But like all things with potential, fans of the anagram game shouldn’t get too comfy with the current format. As of yesterday, The New York Times officially acquired Wordle.

As reported last night via Deadline, The New York Times purchased Wordle from its creator Josh Wardle. Not an unusual deal for the media outlet, the newspaper has been integrating games into their services for decades starting with the popular hit crossword puzzles first seen in the renowned newspaper in the ’40s. While the purchase price was not revealed, the official announcement estimated the game’s purchase somewhere in the low seven figures. As of now, The Time’s reported that the game will “initially” remain free.

First launching this past October, Wordle was the prized creation of Welsh-born software engineer Josh Wardle, formerly an employee of Reddit. Originally crafted as a game for him and his partner to share, Josh eventually made the game public in October 2021. To play, you must attempt to guess a five-letter word in six attempts. Feedback, in the form of colored tiles, is given for each guess, informing players which letters are in the correct position and which are in other positions of the answer word. If a letter pops up as green after submission, you know it’s in the correct spot. If the letter shows yellow, that means it’s found somewhere else in the word. For every black letter submitted, this indicates the letter is not in the word.

The simplicity of the game is exactly what has kept its popularity in momentum. Unlike other popular games played on mobile devices, Wordle doesn’t come with ads or unlocks that cost extra money. In fact, gamers don’t even have to worry about getting addicted to Wordle, as the puzzle only resets once a day. Some users have even drawn reference to the popular TV game show Lingo which first aired in 1987.

The Wordle acquisition from The New York Times is not an unusual purchase for the news outlet. The company has been very open in recent years about looking for new and innovative ways to bolster its offerings. With a goal to reach 10 million subscribers by 2025, the Wordle acquisition follows a string of gaming purchases made recently by The New York Times. According to The Time’s, the company stated their games were played more than 500 million times in 2021 alone. They also recently reached a milestone boasting 1 million game subscriptions.

After the acquisition, Wordle creator Josh Wardle reiterated sentiments that he was pleased with the deal reached with The New York Times. “I’ve long admired The Times’s approach to the quality of their games and the respect with which they treat their players,” he said. “Their values are aligned with mine on these matters.” However, everyone knows money talks, and fans of the game aren’t buying it (no pun intended). Fans of the game have taken to social media to lash out at the game’s creator. Given that The New York Time’s long list of games is not free, the wording in the company’s official statement isn’t deceiving anyone. According to The Times, Wordle will “initially” remain free, but we all know what’s coming next. 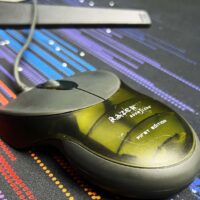 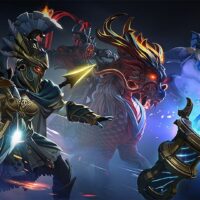