The holiday season is upon us, and there’s no better way to treat a gamer, yourself, or someone you hold dear than to purchase some of the best video gaming titles the market currently has to offer. In all honesty, 2021 was a fantastic year for the world of gaming, despite several prominent video games being delayed, like the upcoming God of War: Ragnarok, and brought a multitude of fantastic titles that have offered a diverse range of gaming experiences.

Admittedly, the gaming console market was pacing behind, still trying to recuperate from the global semiconductor shortage, but that didn’t stop the game makers in their tracks. So, as a result of the approaching Christmas holiday, and fantastic gaming offerings, we present you with the list of the best video games to buy on Amazon this holiday season. All the games presented here are some of the best-ranked gaming titles for PlayStation 4, PlayStation 5, Xbox One and Series X/S, PC, and ultimately, the best-selling handheld console — Nintendo Switch.

So, without further ado, let’s dive into it:

Though released in 2018, the latest installment in the God of War franchise remains one of the most popular best-selling titles. It received critical acclaim for its narrative, world design, art direction, music, stunning graphics, characters, and most importantly, its gameplay and combat system. In addition, it successfully revitalized the God of War video game series without losing the core identity of the franchise, becoming one of the best-selling titles in the series native to the PlayStation 4 console.

Since then, the game has been patched for better performance and smoother visuals on PlayStation 5 and comes as a part of the PlayStation Plus Collection on PlayStation 5. God of War is available on Amazon for PlayStation 4, though the owners of Sony’s new console can play the game through backward compatibility. It’s also coming to PC in 2022.

Resident Evil Village is a scary delight for the fans of the survival-horror genre since it retained all the survival horror elements of the Resident Evil series but introduced a more action-oriented gameplay style compared to the franchise’s previous installments. It’s a direct sequel to the last game, Resident Evil 7: Biohazard, and a “soft” continuation of its narrative.

The video game received generally favorable reviews, being especially praised for its gameplay, horrifying setting, and variety, winning two Golden Joystick Awards in 2021: one for Ultimate Game of the Year and the other for PlayStation Game of the Year. Resident Evil Village is available on Amazon for PlayStation 4 and PlayStation 5, Xbox One and Series X/S, with PC and Stadia versions available through different storefronts.

Animal Crossing: New Horizons is a 2020 social simulation video game developed and published by Nintendo specifically for its newest console — the Nintendo Switch. In New Horizons, characterized as the best game in the series, the player controls a character who moves to a deserted island. Through New Horizon’s non-linear gameplay, they develop the island as they choose. Players can customize the island and develop it into a thriving community of anthropomorphic animals by gathering and crafting items and resources.

Animals Crossing: New Horizons received universal acclaim and sold over 34 million copies worldwide due to its entertaining gameplay and customization options. Its popularity is so massive that it was often used for social interactions during the peak of COVID-19 lockdowns. The game is available for purchase on Amazon and is exclusive only to Nintendo Switch.

Sixteen years have passed since the original Gears of War was released as an exclusive title for Xbox 360, and not many things have changed since then — Gears 5 remains as action-packed as all of its predecessors. Its story takes place months after the events of the previous game and focuses on the series’ first female protagonist, Kait Diaz, as she uncovers the history and origins of the Locus Horde hellbent on eradicating humanity.

Gears 5 is a fantastic third-person shooter, which just so happens to support local three-player split-screen gameplay, and is highly praised for its gameplay, campaign, presentation, and the sheer amount of content the game offers. The video game was released for PC, Xbox One, Xbox Series X/S, and you can buy it on Amazon.

The Legend of Zelda: Breath of the Wild

Breath of the Wild is a breath of fresh air into the Zelda gaming franchise, as it signals the biggest shift in the series since the critically acclaimed Ocarina of Time released on Nintendo 64; and one of the best Zelda video games of the past decade. Breath of the Wild pulls the series into modern gaming, with its perfectly designed difficulty curve and an incredibly vast open world for the players to explore.

It offers crafting, durability systems, an abundance of items for collection, and a poignant story for players to discover and explore. Nintendo has released two DLC for the game so far, but the game is incredibly entertaining even without the downloadable content due to the massive size of its in-game world and its narrative. Several editions of The Legend of Zelda: Breath of the Wild are available for purchase on Amazon.

The entirety of the Souls series isn’t for every gamer out there due to its challenging difficulty, and intricately designed game world, along with incredibly difficult boss fights. However, the original game was a sleeper hit in 2009 for PlayStation 3 and the first title in the recognizable and acclaimed Souls gaming series, inspiring the gaming industry to the point of giving birth to a whole new genre of “soulslike” games.

The game was very well received in Japan and received critical acclaim in North America. Most gamers stated that the game’s challenging difficulty is its most positive aspect, besides the fantastic narrative. It reached a cult following so strong that its developer, Blueprint, made a PlayStation 5 remaster of the game, which you can buy on Amazon.

Video Game Alternative For The Holidays

We hope you like the video games we recommended. If you or your favorite game-loving person aren’t fans of the titles found on our list, gaming subscriptions make for an excellent holiday gift for gamers, especially with upcoming subscription renewals and seasonal sales in gaming. 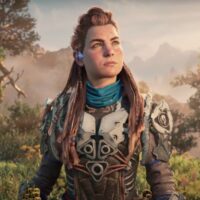