It isn’t uncommon for groundbreaking gaming titles to spark entirely new franchises and influence the gaming genre they belong to. The best Halo game ever is the perfect example of this since its subtle innovations inspired massive genre-defining changes in first-person-shooter games. Many would argue that Ubisoft’s massively successful Assassin’s Creed franchise shifted from its innovative design and gameplay mechanics, as seen in one of its best entries, to being a glorified Tomb Raider clone. Admittedly, Assassin’s Creed isn’t alone in this regard since Tomb Raider forced a huge franchise to completely change its game. Twice.

According to GamesRadar+, the unexpected commercial success of 1996’s Tomb Raider, which reversed the bleak financial situation of its publisher Eidos Interactive (acquired by Square Enix), prompted the developers of 2000s Alien Resurrection to scrap its original vision for the game. The game, which was based on the 1997 film of the same name, was originally planned to coincide with the film’s release. However, the game was stuck in development hell for quite some time because no input was given to the development team by Fox Interactive, other than the franchise name, and movie scripts and clips are source material.

The gaming community is already acquainted with the dread of game adaptations, and Alien Resurrection might’ve become one of them when the development began in 1996. Argonaut, the game’s developer, initially designed a game engine as a top-down shooter inspired by 1995’s Loaded video game. Fox Interactive liked the prototype and greenlit the project, announcing that the game would release in late 1997, coinciding with the release of the same-name film. Unfortunately, apart from boxes of scripts, storyboards, and raw footage from the film, Fox Interactive hadn’t provided any further input to Argonaut.

Feeling that the top-down shooter genre was slowly becoming a thing of the past and inspired by the overwhelming, albeit unexpected success of 1996’s Tomb Raider, Argonaut restarted the development of Alien Resurrection. The second iteration of the game was conceptualized as a 3D adventure, in the vein of Tomb Raider. However, this created more problems down the line, as it took away from the horror elements, which work best when experienced from the first-person perspective. So, in 1998 Argonaut changed their format a second time to a first-person shooter. And it worked.

Not only did changing the Alien Resurrection’s format into FPS remove some of the fundamental issues in the game’s development, but it also upped the game’s horror elements to a whole new level. It allowed more jump scares, which felt more Alien-like and helped successfully translate the film’s mood into the game. The game was eventually released in late 2000, exclusively for PlayStation, almost three years after the same-name movie ran its course in theaters. It left its mark on console gaming since it was one of the first to use analog sticks for movement and aiming.

Despite its delayed release, the game received positive reviews for its atmosphere and scary gameplay but was criticized for its somewhat outdated graphics and extreme difficulty level. On the criticism of the latter, well, you either got skills, or you’re a critic. 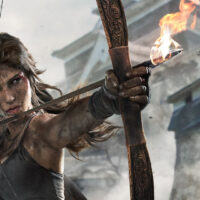