The Splinter Cell remake story is going to be updated to appeal to a modern audience.

A few months back, we learned that Ubisoft had not only removed the bulk of its titles from Steam but also canceled several unannounced and previously announced games — one of which was the Splinter Cell VR. Luckily, the mass cancelation of titles hasn’t affected the release of the previously announced Splinter Cell remake, though now we learn that the game’s original story will be updated for a modern-day audience.

According to IGN, citing Ubisoft’s job listing for the game’s scriptwriter, it was revealed that the company intends to use the original Splinter Cell story as the foundation for the upcoming game’s narrative. Ubisoft aims to rewrite and update the story for the Splinter Cell remake to better suit modern-day audiences and make the characters and in-game world more authentic while keeping the spirit and themes of the original game that launched 20 years ago. The job listing is currently calling for a narrative scriptwriter that would help create a cohesive and compelling story.

The original Tom Clancy’s Splinter Cell is a classic stealth game that introduced us to Sam Fisher — an NSA black ops agent on a mission investigating the disappearance of two CIA officers. The espionage narrative had a very dense plot that gradually unravels into a story about genocide, cyberattacks, and a threat of a next all-out world war. Admittedly, the game’s themes, unfortunately, aren’t dated, but its setting is, so Ubisoft decided to give the Splinter Cell remake an updated store to match the current technological and geopolitical shift.

The game was a massive hit when it was originally released, and Clancy’s hawkish and interventionist attitudes were well-received at the time of release. The game’s pre-orders reached 1.1 million units, and the game sold additional 480,000 units in three weeks following its release. It sold over 6 million copies and led to the creation of one of the world’s best stealth-game franchises, which ended with 2013’s Splinter Cell: Blacklist, which didn’t meet Ubisoft’s expectations, leading to the pause in the franchise, and the annunciation of Splinter Cell remake.

The game was announced in December last year following the long silence and a towering question mark regarding the franchise’s future. Ubisoft, as well as the rest of the gaming industry, has apparently entered an awkward stage in which older games are being remade while newer titles are returning to their roots gameplay-wise. Splinter Cell remake, along with the delayed Prince of Persia: The Sands of Time remake, is the perfect example of the former, while the previously announced Assassin’s Creed Mirage represents the latter category.

Is it possible that the French game-making giant is out of fresh ideas, so it’s looking to profit off the old ones dressed in new clothes? Well, whatever the case may be, Ubisoft’s older lineup contains some of the gaming world’s shiniest gems, and leaving their shine to whither into oblivion and not presenting it to recent generations of gamers would be shameful. So, while there aren’t any other details regarding the Splinter Cell remake’s release date or supported platforms, Ubisoft’s effort to remake its older titles is well-received among the gaming community. 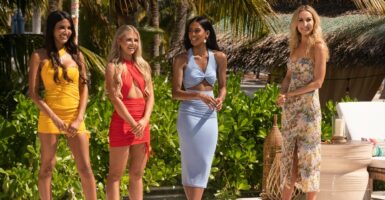