The Expanse Gets A Prequel With New Telltale Series Game

Fans of The Expanse, the Prime Video series, that happen to enjoy gaming titles developed by the defunct Telltale Games, have double the cause for joy: Telltale Games is back, and the gaming studio is currently working on The Expanse: A Telltale Series. The studio’s first game in the past five years will serve as a prequel narrative to the Prime series, which recently aired its sixth and final season. The game’s official reveal trailer, showcased at the 2021 Game Awards, reveals a faithful adaptation of the show’s universe and the characters that reside in it.

According to CBR, Telltale Games is back with another potential classic in the making. The studio has a long history of adapting high-profile, licensed IPs like Batman, Game of Thrones, and Guardians of the Galaxy, into episodic video games. This is somewhat positively shocking news considering that Telltale Games made some really good gaming titles but had to close its doors in 2018 due to financial difficulties, which also meant canceling its ongoing projects. The upcoming video game adaptation of The Expanse is the first sign of life after five years of dormancy, and if the trailer is any indication, Telltale’ still got it.

Apart from it being a prequel to the series, the details regarding The Expanse game’s plot are still scarce, and the reveal trailer unveiled at the 2021 Game Awards didn’t reveal much either. In fact, apart from magnetic boots, Artemis spaceship, and several dead bodies floating in zero gravity, the trailer offered only excitement regarding the return of Telltale and the fact that the studio is making The Expanse video game — two birds, one stone. It’s safe to assume that the game will be set in the sci-fi future in which mankind achieved space travel within our solar system, and unsurprisingly managed to form three warring factions: those who live on Earth, Mars colonists, and those living in and around the asteroid belt between Mars and Jupiter.

The game’s main protagonist will be a younger version of Drummer, played by Cara Gee on the show, acting as an executive officer aboard the Artemis. The narrative includes all the important aspects of a good story: betrayal, vengeance, action sequences, etc., which collectively let the player decide the fate of Artemis and her crew. This aligns well with past Telltale Games titles, in which the player’s choices affect the way the storyline unfolds and ultimately concludes — an interesting way to generate countless hours of in-game content.

Unfortunately, The Expanse still doesn’t have a release date or even a release window, for that matter. However, considering its developing studio, it’s safe to assume that Telltale Games plans on releasing the game episodically, like most of their previous titles, with each episode launching periodically over a number of months. With that said, Telltale Game has announced The Expanse for PlayStation 4, Xbox One, and PC, though it will be available on newer gaming platforms through backward compatibility. 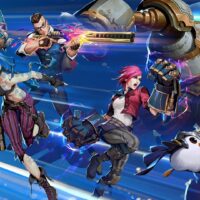