Resident Evil 8 topped May’s software charts, recording the highest launch month sales of any game in 2021. This has it becoming the second best-selling game of the year so far, following this year’s best-selling title Call of Duty: Black Ops Cold War.

But sales aren’t the only record Resident Evil 8 managed to break. The game enjoyed a strong PC debut, overtaking the series record for concurrent players on Stream, peaking at 101,726 concurrent players. This is significantly higher than RE2‘s 74,024 peak, and over five times more than Resident Evil 7‘s 18,211 players, according to StreamCharts. The game also had over 200 thousand concurrent viewers on Twitch on its release day, May 7, 2021. This all plays well in Capcom’s hopes of Resident Evil: Village becoming the franchise’s best-selling entry, a position currently held by Resident Evil 7 with 8.5 million copies sold to date.

However, Capcom has to factor in the Resident Evil Village‘s legal issues and the impact those might have on the game’s overall rating. For those in need of more context, Resident Evil 8 and its developer and publisher Capcom faced several allegations in the past few weeks, mostly over copyright infringements and plagiarism. The very first allegations came from Dutch filmmaker Richard Raaphorst who accused Capcom of copying the monster designs from his movie Frankenstein’s Army, incorporating them in the game. A couple of weeks later, artist Judy A. Juracek filed a copyright infringement lawsuit against Capcom for using copyrighted images from her photo book in several high-profile video games.

These legal issues can play out in two different ways: either gamers completely neglect the legal issues, or they decide to “cancel” Capcom, much like they did to Ubisoft over the company’s toxic workplace allegations. Either way, Resident Evil 8 is reaching the press, and some can argue that there’s no such thing as bad publicity. The world of video games is quite marvelous and unpredictable, so we might actually see Resident Evil 8‘s sales go up driven by controversies.

Despite the controversies, Resident Evil 8 remains an incredibly popular and promising title, judging by the sales figures. The game shipped out three million copies in just four days, which is a decade worth of sales for the gaming world’s less popular titles. With everything said, the month of May was an exciting month for gamers, and consumer spending across video game hardware and content went up by 3%, reaching $4.5 billion. Now it’s time to see how June’s contenders fare, especially the highly-anticipated Final Fantasy 7 Remake Intergrade and Ratchet & Clank: Rift Apart. 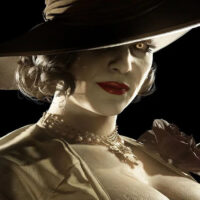 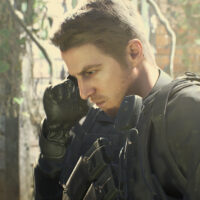 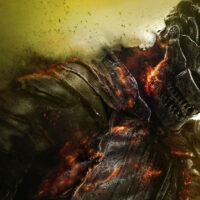