During the last year’s first half, Sony decided to effectively rewrite over 27 years of gaming history when its execs announced the imminent shutdown of numerous PS3 and PlayStation Vita digital titles, removing them from their online support alongside both platforms. This move had the potential to erase all retro games from the PlayStation Store; however, the crisis was averted thanks to a massive public outcry at the company, which forced Sony to reconsider its decision. While PlayStation Portable was officially “decommissioned” on July 2, 2021, PlayStation 3 and PlayStation Vita were here to stay. Or so we thought.

Apparently, Sony isn’t through with PlayStation Vita, considering that the company just pulled the plug on two PlayStation Vita exclusives. This wouldn’t be an issue, considering that anyone could play these games on their consoles, provided that they have a physical copy of the game. However, according to Comic Book, Sony pulled a plug on servers and online support for Freedom Wars and Soul Sacrifice — two exclusive titles with active online communities. Those that were oblivious to these shutdowns shouldn’t be worried about missed announcements and official statements — because Sony didn’t issue any. In fact, the company made very little effort to highlight an event as important as server shutdowns for two of its exclusive titles.

PlayStation players have an incredible lineup of exclusive titles, so there’s very little harm done here, especially considering that PlayStation Vita wasn’t all that popular and only managed to sell some 10-15 million units, which is 70 million units short of its predecessor, the PlayStation Portable. And that sounds like a solid argument if you’re gaming on PlayStation 4 or PlayStation 5, which get dozens of prominent titles over the course of a single year, let alone countless indie releases. But PS Vita is an entirely different story since it doesn’t have a vast number of compelling exclusives.

As previously said, PlayStation has done next to nothing to get the news out and notify the players, except for sharing an update regarding the shutdown on the Japanese version of the official PlayStation website. Besides failing to announce and notify the Vita gaming community about the imminent shutdown, PlayStation has failed to provide any kind of explanation as to why the servers for two of its prominent exclusives are being shut down. Knowing Sony, their decision was likely based on the cost-benefit analysis, which concluded that the servers just weren’t profitable anymore.

The inability to generate profit is most certainly a justifiable reason for the shutdown of these servers. But what isn’t justified is PlayStation’s treatment of Vita’s active, albeit small, gaming community. And this isn’t the first time PlayStation has pulled the plug on some of its online games since they recently shut down the Grand Theft Auto Online servers for PlayStation 3 versions of the game. However, contrasting this particular case, PlayStation really made an effort to disclose and publicly inform its fandom about the GTA Online server shutdowns — a luxury that wasn’t extended to the  Freedom Wars and Soul Sacrifice gaming fans. 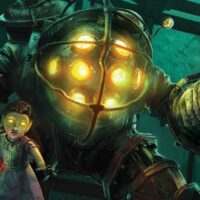 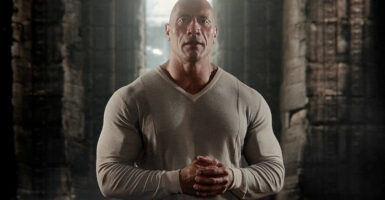