Activision Blizzard's launch of Overwatch 2 is being hampered by a hacker attack.

Overwatch 2, Activision Blizzard’s battle royale game which was released yesterday, is having a rocky launch, as players encounter “an unexpected server error.” This is commonplace among ABK games, like World of Warcraft and Overwatch, as the reignited interest of lapsed fandom clogs the servers. This time, however, players can’t access the game since Overwatch 2 is currently undergoing a mass distributed denial of service (DDoS) attack.

DDoS usually happens when something is maliciously flooding the traffic to prevent gamers from connecting to the game. According to IGN, Activision Blizzard believes that the DDoS attack the game is currently suffering is the main culprit for the connection issues plaguing anyone trying to log into Overwatch 2. ABK’s president, Mike Ybarra, previously shared the game’s servers are under attack and that the teams at Blizzard are hard at work mitigating and managing the damage, which is causing a lot of drop/connection issues at the time.

Unfortunately, Ybarra didn’t provide a timeframe within which the issue would be fixed and servers restored to full functionality, but it’s currently marring the launch of Overwatch 2 — something that players looked forward to for quite some time. A few hours later, an Overwatch 2 director, Aaron Keller, stated that the servers were still under attack and that the hands-on deck would continue to work throughout the night to fix the issue. He also stated that all updates on the situation would be made available once they occur.

Unfortunately, Overwatch 2 isn’t the only game that suffered from a hacker attack. These attacks occur when a malicious entity (a hacker or a hacker collective) sends a vast number of outgoing connections to a single server, rendering it unable to handle incoming connections from the game’s regular players. DDoS attacks are fairly easy to perform and extremely difficult to defend against, and nearly all major gaming releases with an online component are targeted by DDoS attacks. So, the attack aimed at Overwatch 2 doesn’t really come as a surprise.

While there aren’t any upsides to this situation, the good news is that a DDoS attack doesn’t usually imply illegal data acquisition and theft. In other words, the hackers haven’t really intruded on Blizzard’s servers, so players don’t need to worry about having their account and banking data stolen. As things currently are, there’s no indication when the servers will be back, but Blizzard is likely to make it happen really soon; otherwise, it stands to lose money and Overwatch 2 fans.

Overwatch 2 is Blizzard’s new F2P shooter and a complete replacement for the original game, which servers were shut down two days ago after six years. This is unfortunate, as most players would love to play a match or two while waiting for the current issue to resolve, but that isn’t possible anymore. Those who had a taste of Overwatch 2 pre-release praised the title’s gameplay but said that the entire experience feels more like an updated Overwatch rather than an entirely new gaming experience.

Overwatch 2 is currently under a second DDoS attack, and the employees at Blizzard are working hard to bring the servers back. 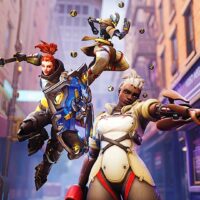 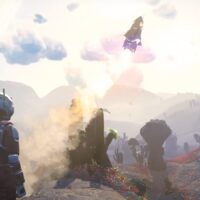 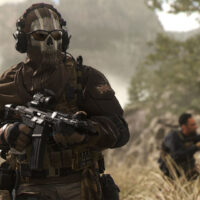 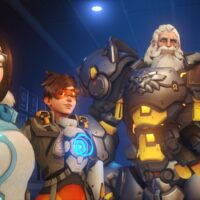 Overwatch 2’s Big Update Has Been Shut Down